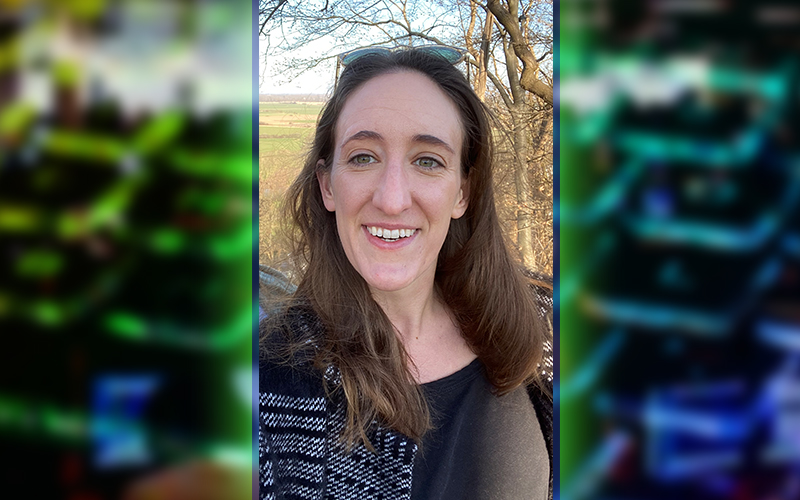 “I had always been drawn to journalism. I had a little bit of a family noodge,” said Elizabeth Hewitt, a journalist from Warren. Her grandmother wrote for The Valley Reporter, and her mother was, and still is, an arts correspondent for the Times Argus. “The mothers in my life were very inclined in this direction.”

When she started her internship at The Valley Reporter as an upperclassman, Hewitt wrote profiles of other Harwood students, covered Town Meeting Day and listened in on Warren Select Board meetings where people were arguing over a culvert,” said Hewitt. After she graduated from Harwood Union High School in 2007, she attended college in Scotland at St. Andrews. This was the beginning of her foreign travels, beyond a 2006 Project Harmony trip to Jordan.  After St. Andrews, she went to NYU to get her masters.

Hewitt believes that where she started has had a profound impact on her work. “I think I’ve been very shaped as a journalist by having started out in Vermont, and I think we’re very fortunate in Vermont to have communities that really value accountability and really value independent news,” she said.

During school, and for many years after, she worked for an encyclopedia called “Political Handbook of the World.” This job became an important part of her life, allowing her to work wherever she pleased. The encyclopedia gives indepth looks into individual countries and gives a detailed description of the state of their politics. Every year the encyclopedia is updated, Hewitt said, “I had like 40 countries, where I went through and had to basically update everything about them.”

“When I was finishing up my degree I was sort of looking for a new challenge. I had some friends in Turkey and I, on kind of a whim, was like: ‘Well I can do my work from there and it’s a good place to do some journalistic reporting,” Hewitt explained. She started splitting her time between Vermont and Istanbul, Turkey.

“It was a real challenge. I learned some Turkish and I can get around a bit, but it’s a tough language. I never got to the point where I could do a full interview in Turkish,” she said. At the time, her career was still young and she didn’t have many connections. “It was a good place to learn how to pitch and how to form a story. To be reporting in Vermont, you have a sense of what you need to do, you know the world,” Hewitt explained. She had to learn new skills and adapt to not knowing the “full landscape to begin with.”

When Hewitt came back to Vermont, she started working at VTDigger in January, 2015. Hewitt started as a State House reporter. “I mainly covered the criminal justice system and the state budget, and then some politics, and a smattering of other things that came up.” In 2017, she went down to D.C. for a year to report on Congress.

Hewitt said: “Some of the stories I’m most proud of are the ones that came out of being on the beat and really getting to know it well, and working for months with public records and cultivating sources. At VTDigger, when I was writing about criminal justice, I got to dig pretty deep into mental health care in prisons and the problems there and the systemic issues. That was a project that I started in 2015 and then continued to follow for years. Those types of stories you really get to reap the benefits of having become familiar with these really complex systems that are shaping people's lives all the time.”

When Hewitt moved to New York with her now husband Chris Sheklian, she was able to stay on as the Sunday editor at VTDigger. When COVID-19 hit, “I was doing much more at that point.”

After five and a half years, Hewitt left VTDigger. She has been living in the Netherlands since the end of January. Her husband got a job at a university, so Hewitt said, “Why not come along for an adventure!” She is still freelancing for the U.S. Press Freedom Tracker, a website that tracks aggressions against journalists and press freedom violations around the world. “It’s been a busy year for them. I came on as a freelancer last summer when the George Floyd protests were beginning because there’s been so many reports of journalists who were arrested or detained, or attacked, or shot with rubber bullets. It’s not necessarily that surprising I think, but the degree to which it just exploded over the last year is really jarring,” said explained.

“I have gotten to spend a lot of my career in an environment that really supports journalists who ask tough questions and who are responsive to their readers. I think that has been one of the driving forces in why I have done this since high school and why I continue to love it.