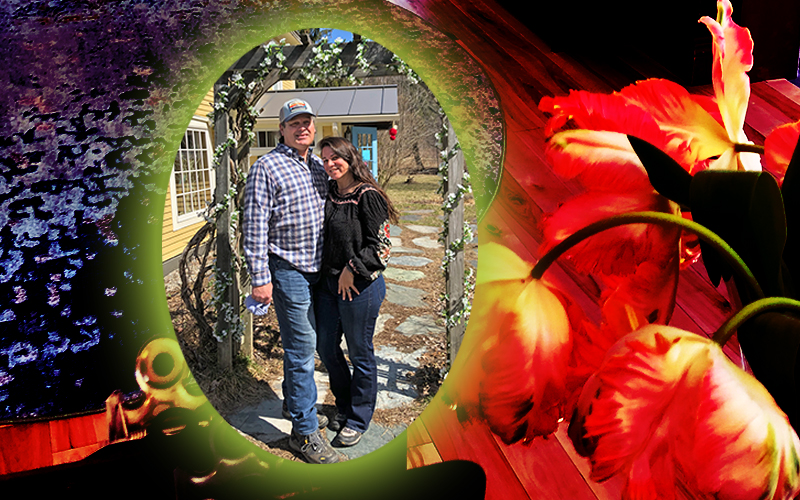 After several near attempts and false starts, Kevin and Denise Adams, owners of Mad River Massage in Waitsfield, are planning for a June 1 reopening.

The Adams bought Mad River Massage in November 2019 and the first few months were great – until March 2020 rolled around. They were in Quebec City when Vermont began asking businesses to close. They could have remained open until March 19, but made the decision to close on Saturday, March 14, and returned home to Warren before the U.S.-Canadian border closed.

In June Vermont allowed massage studios and therapists to return to work, but they still did not feel comfortable having their staff and clients working in the smaller (10 foot by 10 foot) upstairs treatment rooms and the one slightly larger treatment room on the first floor.

“I’ve been a New York City firefighter for my entire career. My mentality is to keep people safe. We just weren’t comfortable with reopening. I’d prefer to sleep at night and lose money if it meant we could keep our community and staff safe,” Kevin said.

Over the course of the last year, they had several outdoor meetings with their staff to discuss conditions and concerns and made a tentative plan to try to reopen in October.

“We thought we could reopen around Columbus Day weekend but that’s when there was a surge in Central Vermont and we put if off again,” Denise said.

In between staff meetings, they’ve given the studio a facelift with freshly painted walls, a decluttered front desk and new boutique area with new furniture and rugs. There are new light fixtures and HEPA air purifiers in the treatment rooms as well as new blinds. They will also be offering massages outdoors by the river in a tent when they do reopen.

They are comfortable that they made the right decision in remaining closed, even though it has cost them $3,500 a month to remain closed.

“Our staff has thanked us again and again,” Kevin said.

Their hope is that by June, their staff members will have been fully vaccinated and between that and clients being vaccinated and HEPA air purifiers and open windows, they’ll be able to open safely.

They expect demand to be high when they are open as massage therapy is high on many people’s list of what they’d most like to do post-pandemic.  Even last winter they got 4,000 hits on their website in January and 3,800 in February with people checking to see if they were open.

They’ll be asking returning and new clients to show a vaccine card or negative results from a COVID test taken 72 hours before an appointment.