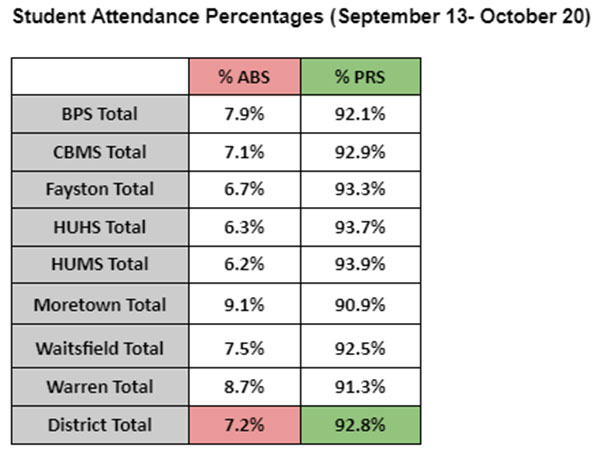 During the period of October 18-22 there were 639 student absences across the seven schools in the Harwood Unified Union School District (HUUSD), only 284 of which were non-COVID related. That’s 355 instances in one week in which students were absent from school while awaiting COVID test results, experiencing symptoms or quarantined for contact tracing.

With a total of 1,619 students in the district, that’s roughly one quarter of students absent from school due to COVID symptoms or contact tracing. In a year where the Vermont Agency of Education has recommended in-person learning only, that means quarantined/absent students have no access to learning.

With vaccine approval for 5-11-year-olds anticipated soon, the trend in young student absenteeism may decrease. This is the third year that the COVID-19 pandemic has disrupted students’ education.