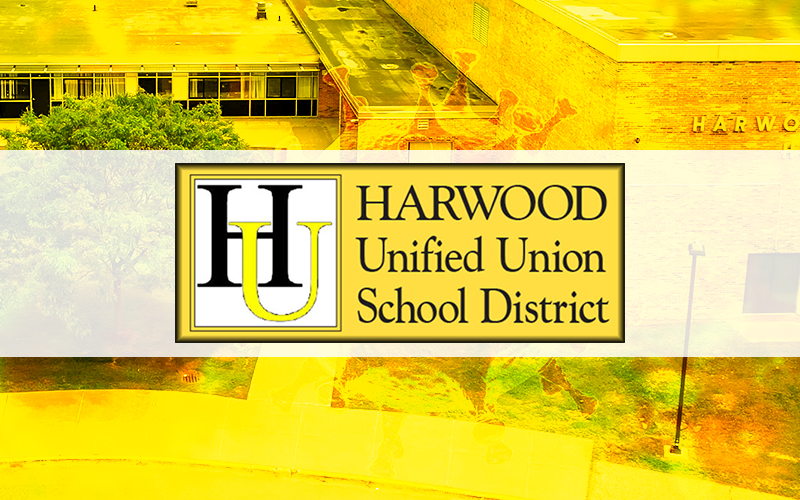 On November 2, residents of the six sending towns for the Harwood Unified Union School District (HUUSD) voted down a $59.5 million bond. The bond included efficiencies and improvements, compliance and repairs and educational alignments to the Harwood Union High School building, as well as expansion of the Crossett Brook Middle School to accommodate moving the Harwood Middle School seventh and eighth graders to the Crossett Brook building. The proposed bond was the culmination of the school board’s work over the past five years, and discussions of a bond even predated the consolidation of the school district in 2016. Voters rejected the bond with a resounding 2,599 votes (73%) to 975 (27%). “I was sort of stunned there were only 975 ‘yeses,’” said board chair Torrey Smith, Duxbury.

The school board met last week for the first time since the vote to discuss the results and next steps. “We need to go back to the drawing board and figure out how to listen,” said board member Lisa Mason, Moretown. “I’d like to think of this as an opportunity,” board member Theresa Membrino, Fayston, said. “We heard what the public had to say.”

Board vice chair Tim Jones, Fayston, said of the results, “It was a sobering experience. We finally came together as a group and our community reminded us we couldn’t be further apart. That’s tough, after five years, to reflect that we’re right where we started. I really don’t know how to go forward, to be honest.” He added, “I find it perplexing that 70% of our community decided not to lodge a vote.” (32% of eligible voters in the district cast their vote.) “The message I take away is that our communities want things the way they are,” he said. In regards to moving forward, “I would find it difficult to support an attempt to repackage the bond and put something back in front of our community on March 1 (Town Meeting Day),” Jones said. He will not be running for reelection in 2022.

“It’s frustrating that the community can’t come together,” said board member Christine Sullivan, Waitsfield. “I do still think it was the right project to put before voters, even though we didn’t get the result we wanted.”

There was speculation on what drove the ‘no’ vote. Some said community members had indicated that the board’s ‘wants,’ such as a second gym and new track, deterred them. Others were put off by the plan to move seventh and eighth graders to the Crossett Brook building. “I don’t think we can put this on any one issue,” Sullivan said. “There’s a lot of misunderstanding,” Scott Culver, Waterbury, said, and “a lot of distrust.”

“By making the bond so complex we really left ourselves vulnerable,” said Membrino. “With this size in [vote] differential, it can’t just be that people were misinformed. There was more than that.” She echoed that the issue for many was ‘wants vs. needs.’ “I believe we should pull back and focus on the needs,” she said.

“The board thinks it’s a great idea to have a 21st-century high school, the community is not on board with that,” said Kristen Rodgers, Moretown.

There was discussion about putting forth a community survey to determine what community members want, though some board members didn’t think another survey would clarify the issue. Another suggestion was to warn a smaller bond for Town Meeting Day in 2022. “I don’t think going after a bond is completely hopeless,” Rodgers said. “I don’t know if March is the right time.” The school board will be tasked in the coming months with developing the FY2023 budget, finding a new superintendent for next school year and seven of the board’s 14 seats will be up for reelection in March, including in leadership positions. Neither chair Torrey Smith nor vice chair Tim Jones will be running again.

“We knew this was a big ask,” Caitlin Hollister, Waterbury, said. “Coming out of this bond vote, I’m now nervous about the budget. I don’t know how I’ll feel about warning another bond in March. One of the complications I fear is that we have a lot of decisions to make about which capital projects to potentially fold into our FY 2023 budget. There’s no appetite for a slightly reduced bond at this point and the wide margin did communicate that.”

In terms of next steps, “It takes a while to figure out what the best package is,” Smith said. “Some people will think we just have to get essential repairs done, and some will think ‘if we’re going to tear apart the school, do we really want to have the same school we had in 1965?’ It’s not so simple as just ‘fix this.’”