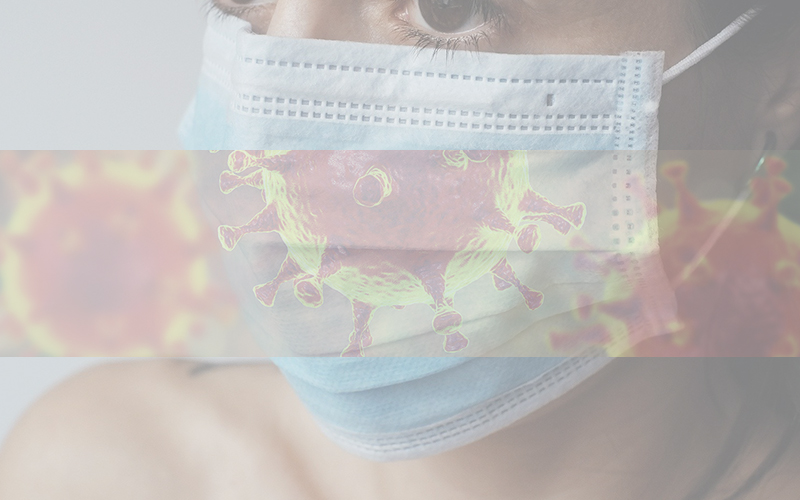 The Fayston Select Board adopted a town mask requirement by a split vote this week after hearing from business owners and others who are in favor of the policy.

On December 14, board chair Jared Cadwell opened the mask discussion by noting that he’d done a lot of phone calling and had face-to-face conversations with business owners in the town affected by public gatherings. Most are in the hospitality industry he noted.

“Mad River Glen is definitely in support of a mask mandate in town. People don’t distinguish between Waitsfield, Fayston and Warren. We see it as another safety measure we can put in place. If Fayston puts this in place, it gives our indoor mask requirement more clout. Our goal is to keep skiers safe, but also to keep our staff safer. If our kids can do it in schools, we can. Mad River, as one of the bigger gathering spaces in town would like the Fayston Select Board to be on board and would like to be able to point to that to get other people on board,” Lillard said.

Hammond pointed to the fact that Sugarbush had already planned to require people to be masked indoors when they were not at a table eating or drinking. He noted that Sugarbush loosened its plan on masking to comply with Warren’s mask rule, which, like Waitsfield’s carves out some exceptions.

Board members Mike Jordan and Chuck Martel pushed back on the idea of adopting a mask rule, with both pointing out that the town has no way of enforcing the rule.

“I’d put out there that making rules that are not going to be enforced seems like a difficult position to walk out,” Jordan said.

“I’m not a fan of the mandate. I’m not anti-mask. There should be rules that can be enforced or come to some conclusion or results,” Martel said, before acknowledging business owners’ concerns and suggesting that the board adopt a policy paper on the town’s position supporting masks for businesses that require them.

Cadwell said he felt that the board had a duty to its constituents and pointed out that if the business community supports a mask requirement, the town should take a stand in support of business owners.

“Frankly, I don’t see any downside. It’s simply a message of support of our business owners,” Cadwell said.

Martel suggested a position statement would achieve the same thing.

“This is like feel-good legislation. We know we can’t enforce it,” Martel said.

“Business owners are not doing to feel good. They’re doing it to protect the public and their employees, and we’d be doing it for the same reason,” Cadwell responded.

Town resident Don Simonini said a position statement is dancing around the issue and pointed to the data that shows masks reduce transmission of COVID.

“I think it’s a letdown if we can’t support inn owners. I’m disappointed with what I’m hearing,” Simonini said.

Jordan said he felt both approaches were “dancing around it.” “We’re leaving it up to people to comply because there are no consequences.”

“The consequences of not having it is people getting sick. If I’m standing behind one of my staff asking people to mask up, it makes a difference. If I have somebody standing behind me, it makes a difference. A position statement does not have the same clout as a rule. It would be a spineless punt. And it’s putting it back on the business. You’ve heard from John and I and all but one of the 12 public businesses in Fayston are in favor of it and want the support. I’ve got my whole staff waiting to hear what Fayston did tonight,” Lillard said.

“I think we’re underestimating the message we can send by passing a very simple rule,” Cadwell said.

Eric Friedman, executive director of the Mad River Valley Chamber of Commerce. asked the board how many times they have businesses asking overwhelmingly for more regulations.

“You have the two biggest businesses in Fayston that represent a huge amount of revenue to Fayston and to our whole Valley. The vast majority of businesses in The Valley want this. We are one community and we should speak with one voice,” Friedman said.

“You talk about the enforcement thing. You have speed limits all over Fayston, but you don’t have police. I’m appalled that this town is not thinking of this. If we save one life – talk to nurses – if we can prevent one or two people from going the hospital it’s worth it,” Friedman said.

Cadwell called the question, making a motion that the town adopt a mask rule using the same language that Warren and Waitsfield did. Martel seconded the motion so that the matter could be discussed further.

“It was never my intent to do anything to harm businesses in our town. I feel we too easily mandate things, but also feel it’s my responsibility to listen to the public and their views about the impact of legislation we’re considering and I thank you for that,” Martel said, before voting in favor of the mask requirement along with Cadwell. Jordan voted no.