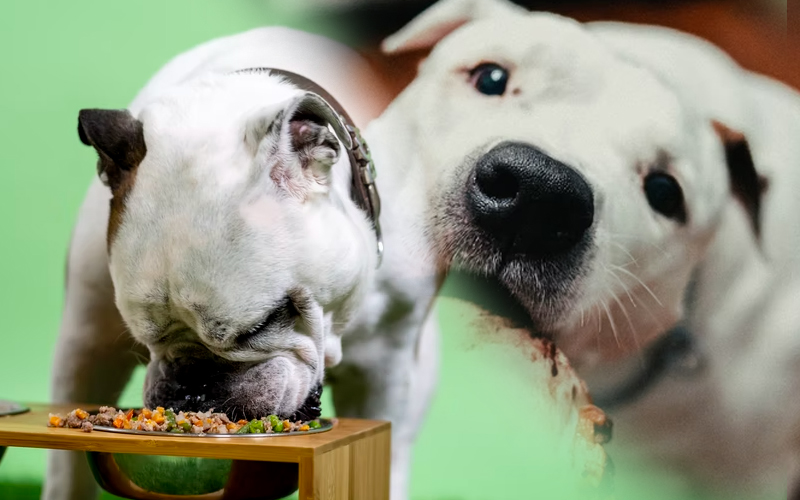 A few years ago, Warren residents Bill and Becky Robinson’s dog, Posie, was nearing the end of her life. She was moping a lot and having a hard time getting around. Bill decided to start giving her meat – ground beef, whatever he could find cheap -- and immediately noticed a difference.

“All of a sudden, she started acting like a puppy again,” he said. “She was so much happier.”

When Posie passed on and they brought another dog home, they went back to feeding kibble. Their Chihuahua, JJ, had problems with his hind end and frequently fell over. Bill thought feeding him raw food might help and started to research it.

On a raw diet, both of his dogs were “so much healthier and happier, their coats looked nice.” Both dogs devoured the raw food and checked the other’s bowl to see if there were any scraps left. He tried using Vermont Raw food, which he said was “fabulous,” but realized he could make his own food cheaper.

“I’ve come to believe that people food is much better and healthier for you when you prepare it yourself,” Robinson said, and he applies the same principle to his dogs’ food. His homemade dog food has no preservatives or fillers. “To me, it makes much more sense.”

Robinson has researched what foods are not healthy for dogs, looked at various recipes online and concocted his own. His recipe includes 40-50 pounds of bone-in chicken, a pound of gizzards, 20 eggs and a variety of fruits and vegetables, which usually includes pumpkin and may involve a combination of blueberries, peaches, mangoes, peas, broccoli, celery and whatever other fruits and vegetables are available at a reasonable price.

He grinds it all in a large stockpot and mixes it by hand.

JJ is fed 2 ounces of the mixture twice daily, while the Robinson’s hound, Jasper, gets 12 ounces twice a day. Robinson freezes the blend in 5-poind reusable containers.