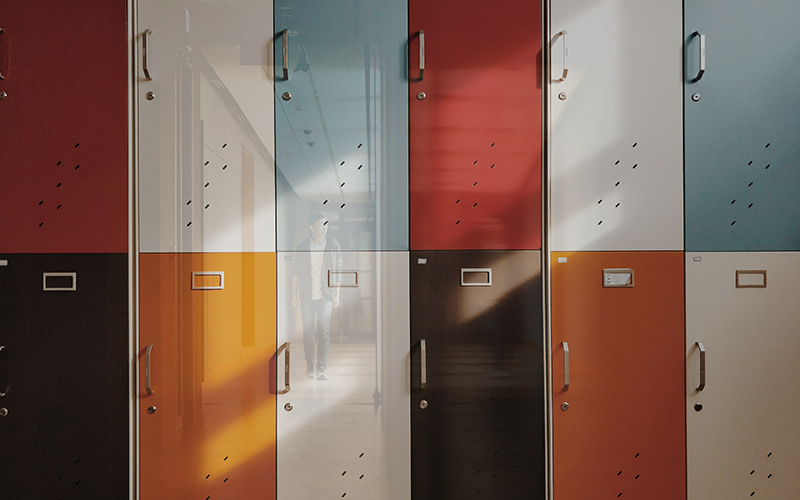 Despite having warned Harwood Union teachers and administrators about students reportedly preparing to “jump” her son at school the next day (and having received an acknowledgement from one), a local parent learned that the assault took place anyway.

That day, the mother received a call from the school at 10:30 a.m. with the news that her son had been attacked in school where he was forced into a bathroom during school hours and choked while the offenders recorded the assault on video. Another student retrieved a teacher, who informed the principals of the assault, prior to stopping the attack. When the teacher entered the bathroom the assault was over.

Three Harwood Union High School students (all minors) reportedly assaulted the 15-year-old Harwood student on February 1. The victim’s mother asserted that the day before, a friend warned the victim that these students were planning to “jump” him the next day. The mother told The Valley Reporter that she notified two teachers of the threat, and then contacted the school’s co-principals, as well as the student’s TA.

All students involved were called to the principals’ office, the mother reported. Two of the alleged perpetrators blamed the incident on the third student who initially pushed the victim into the bathroom. The mother said he was suspended for five days.

“I’m just really upset because they really didn’t listen to my son, his side of the story,” she told The Valley Reporter. “[My son] got in trouble a month ago for popping a sandwich bag in class. He got in more trouble for that than these boys who assaulted him in a bathroom are getting. I got emails and calls from school about that situation. Then, this happens, he gets assaulted at school, he gets choked, it’s videotaped, and nothing.”

“Maintaining a community that is safe remains Harwood’s top priority,” said Harwood Union High School co-principal Meg McDonough in an email to The Valley Reporter. “We recognize that the concerning behaviors of a few have had a great impact on our community. While we cannot share details regarding specific consequences and actions taken, we want to assure families and students that we continue to actively address unsafe behaviors and create a community of high expectations for all. Please note that not all misbehaviors fall within the ability to intervene and handle here at school. Student behaviors and/or choices that rise to a level of serious threat, damage, or harm will be dealt with swiftly up to and including loss of privileges, suspension and involvement of law enforcement when necessary.”

The policy states that parents will be informed of any incidents of bullying and provided with the written policy. It also says an investigation will be conducted and a written determination will be issued within five school days. If the investigation finds that bullying has occurred, “the school shall take prompt and appropriate disciplinary action and shall take remedial action reasonably calculated to stop the bullying and prevent any recurrence of bullying.” The policy also states that, “Violators of the bullying policy shall be subject to … awareness/education/counseling, acts of restitution, in-school suspension, out of school suspension, or expulsion.”

The school said it contacted the Vermont State Police which conducted an investigation. VSP spokesperson Adam Silverman confirmed that the police investigated the incident but was not able to provide any additional details, referring press questions back to administrators.

There was a hallway video of the suspended student pushing the victim into the bathroom forcibly, but the victim’s mother said that the state trooper said that was not sufficient evidence to press charges. The co-principals told her the students had deleted the cellphone video of the assault and the three reported perpetrators had a different story than her son.

The victim’s mother said she obtained stalking orders on all three boys, and then had the orders extended until May 24. That is something Anna Nasset of Stand Up Resources, Waitsfield, which addresses stalking, assault and harassment, said is not always easy to do. “There’s a real big disconnect here,” Nasset said. “This student was given a stalking order. There’s a serious problem there and the school needs to respond appropriately. The fact that the court is extending the stalking order says they believe there is a problem.”

The victim’s mother asserted that after the stalking orders were issued one of the perpetrators sent her son threatening Snapchat messages through a third party, violating the stalking order. She reported that the state police told her they were unable to prove who had sent the message, which she had screenshots of, again saying there was not enough evidence to press charges. She said the school’s co-principals told her that the investigation had been concluded and the students had received their punishments.

She maintained her son does not feel safe going to school now and has stayed home some days as a result. He has to have an adult accompany him between classes as part of the school’s plan for keeping him safe. She said she is concerned for his mental health and that the prospect of attending school is now stressful for him. She is considering moving her son across the country so he feels safe.

This is not the first reported incident at Harwood this school year. In addition to an alleged assault at a school event last fall, there have also been recent reports of vandalism and vaping in school bathrooms.

She is contacting an attorney for legal guidance.