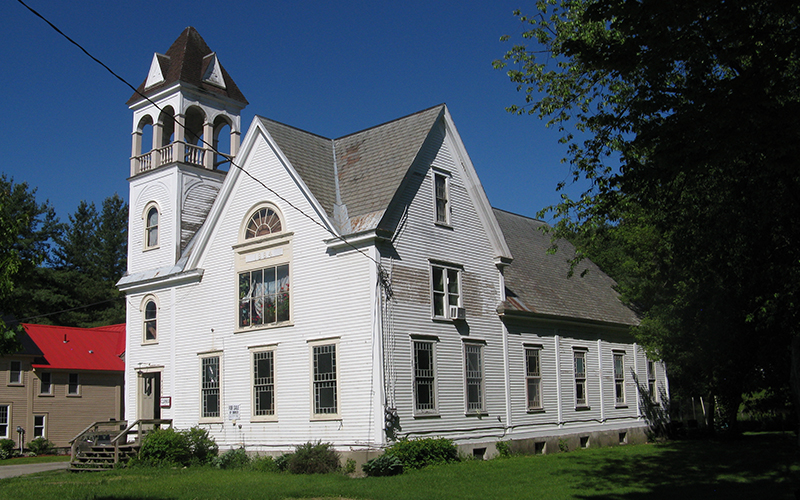 Aron and Corey Shea of Shea Property Services have purchased the old Methodist Church in Waitsfield Village and plan to add five apartments to the four that already exist in the building.

At the select board hearing there was discussion about whether or not the parcel to the south, a thin strip that includes a Civil War cannon was town-owned all the way to the back of the field to the west. Aron Shea said he and his brother found conflicting information when researching the property themselves, as did the professionals they hired to do the research. Board member Fred Messer said he was fairly sure it was and the board will research that as part of its due diligence for the easement.

The easement is the first step towards completing the state application for the new wastewater system. The Sheas plan to use Waitsfield’s municipal water system for the project although there is a working well on site. They have several long-term tenants in the building and will be updating the existing units as well as painting the exterior and converting three former commercial spaces into the five new apartments.

Shea Property Services is based in Montpelier and both brothers have a lot of construction experience, Aron Shea explained.

He said he and his brother saw great potential in the old Methodist Church.

“We just really like the building. It’s a really, lovely old building and it needs a ton of work. We want to revitalize it and add more housing here. We really like Waitsfield and we’re also working on purchasing another property in town and converting that to housing as well,” he said.

“We just started this business last year. We want to add housing to The Valley and we want nice places, not run-down junk. We’re not interested in being slumlords. We want to create nice places where people can live,” he said.

“I’ve moved and worked all over the U.S. and Canada,” Aron Shea said.