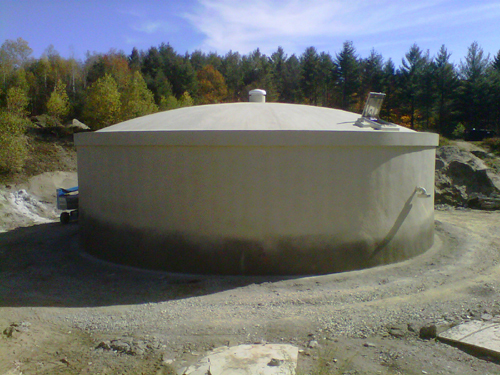 A superior court judge ruled in favor of the town of Waitsfield last Friday, November 4, during one of the final rounds of activity on the town’s condemnation of lands for its municipal water project.

The town spent Monday and part of Tuesday, October 10 and 11, laying out the case for the necessity of the town’s municipal water project, including the location of the town’s well and wellhead protection zone on land owned by Virginia Houston.

The town was successful in settling with one of the two landowners involved but has been unable to reach an agreement with Houston.

Judge Geoffrey Crawford accepted proposed findings from both sides and issued the decision on the necessity ruling on November 4. A separate procedure will deal with the issue of damages due to Houston for the condemnation.

The decision reads, “In considering the necessity of condemning the Reed Road location, the court concludes that the advantages for the town of access to an abundant water source and easy transmission by pipe to the storage tank greatly outweigh the inconvenience and cost to Ms. Houston. The limitation on her access to the end of Reed Road is an issue which is fairly considered in a damages award. It is insufficient to bar the town from using its well source.”

Further, the judge continued, “Given the long and acrimonious history of this case—and the parties’ failure to reach a negotiated settlement—the court will not second-guess the town’s decision to condemn the property outright. There is not statutory requirement that the town take the smallest steps it can to obtain access to the water it needs.”

Waitsfield’s municipal water project is currently under construction. It will use water from a well drilled off Reed Road. That land abuts Houston’s property on that road. Since December the town has been in negotiations with Houston to purchase 1.22 acres of land around the well. Waitsfield drilled the well in 2006 based on its assumption that Reed Road was a town road.

Last November a Superior Court judge ruled that the town had not sufficiently demonstrated that the road was a town road. That ruling came after the town had secured funding, awarded contracts and begun work on the $7.5 million municipal project. Voters approved the project in 2008. The project will supply water to Waitsfield, Irasville, Old County Road and Tremblay Road.

At the end of March the town completed the condemnation process and mailed Houston a check for $41,137 which remains uncashed, according to her attorney Paul Gillies. The town is condemning the land as authorized by statute 19 V. S. A. Chapter 7 and 24 V.S. A. Chapter 89.