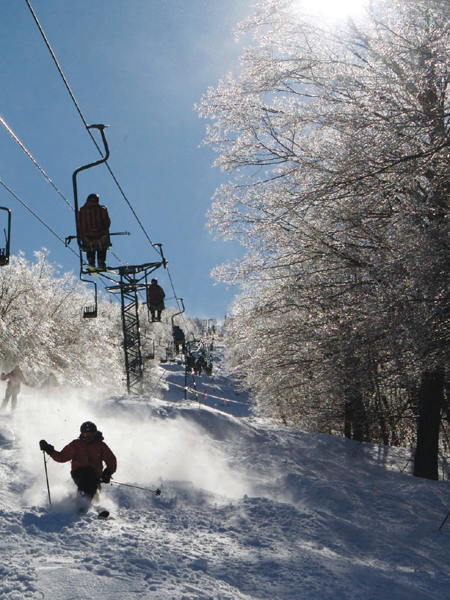 On July 5, Mad River Glen became the first ski area in the nation to be listed as a historic district in the National Register of Historic Places.

According to MRG spokesperson Eric Friedman, while the National Park Service approved Mad River Glen’s nomination, the longstanding loyalty and commitment of the Glen’s skiers is ultimately what secured the mountain’s place in American ski history.

Mad River Glen’s commitment to its founders’ original vision became even more evident in 1995, when ownership passed to the Mad River Glen Cooperative, the country's first skier-owned co-op, he added.

The historic qualities of the ski area are reinforced by the Mad Cooperative’s conservation-centered mission, which aims “to preserve and protect the forest and mountain ecosystem of General Stark Mountain in order to provide skiing and other recreational access and to maintain the unique character of the ski area for present and future generations.”

Mad River Glen’s historic nomination encompasses the entire ski area—not just its Single Chair lift—and interestingly, the most significant contributing factor to the Glen’s nomination have been the ski trails themselves.

“Most of Mad River Glen’s carefully placed trails become visible only to those who are descending the mountain,” the nomination states. “The design of those trails is historically one of the ski area’s most important qualities. These trails define the skiing experience and are much less intrusive to the face of the mountain than the broad, open swaths visibly apparent at other ski resorts.” 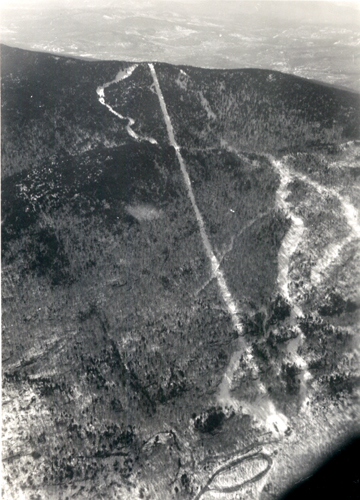 Unlike many ski resorts, Mad River Glen's trails were cut by hand instead of created by large bulldozers, machines or dynamite. The trails follow the contours of the mountain and little effort was made to alter cliffs, rocks or other natural features in their construction. Other factors that contribute to the ski area’s historic value include its viewshed and other buildings, its proximity with the Long Trail and, of course, Mad River Glen’s Single Chair.

Mad River Glen began taking steps to be nominated as a historic place in 1998, but it was only this year that its status became official. “This honor has been a very long time in coming,” Mad River Glen president Jamey Wimble said, “and we are so proud to be the first ski area in the nation to be recognized for our commitment to preserving our history.” 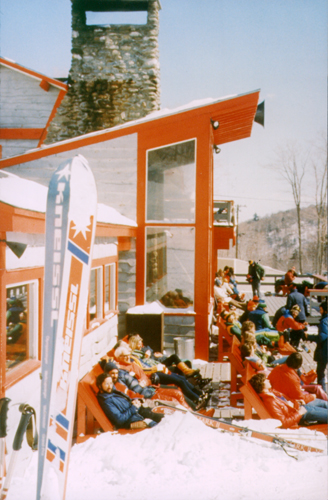 “MRG’s listing as the first comprehensive ski area district exhibits the co-op’s shareholders’ commitment to its physical integrity and resistance to changes and alterations over the years. This history made MRG eligible for nomination, but many people worked tirelessly to achieve this status,” Joshua Schwartz, MRV Planning District director and coordinator for the MRV Rural Resource Commission, said. The nomination also received a $2,000 grant from the Stark Mountain Foundation.

There will be an official dedication of the Mad River Glen Historic District with an unveiling of a plaque at the Mad River Glen Cooperative’s annual autumn informational meeting on October 6, 2012, at 5 p.m. The meeting will take place on the third floor of the historic Basebox Lodge.