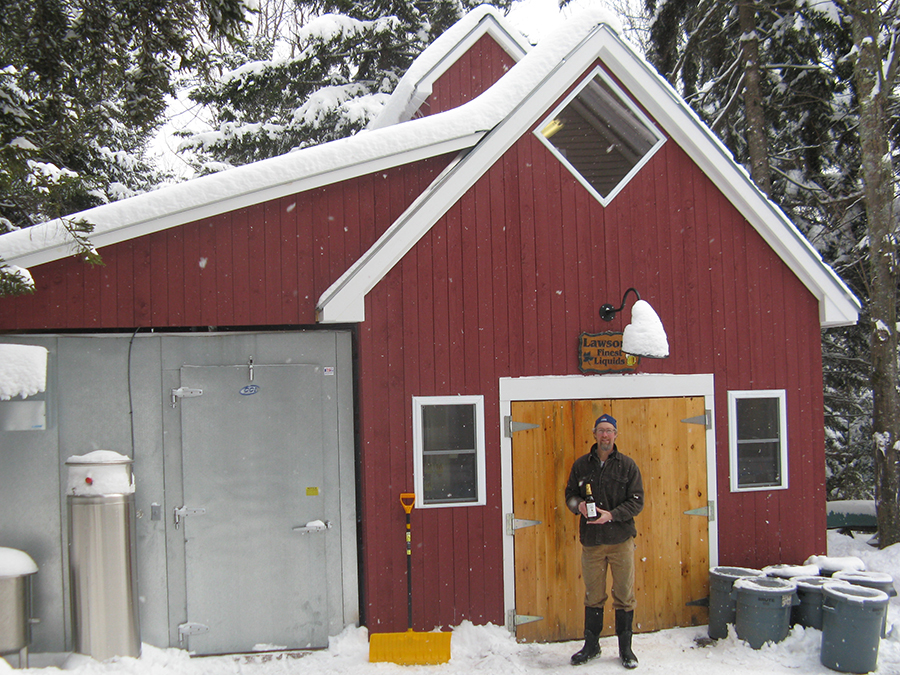 “You can turn around, and that’s the tour,” Sean Lawson said, standing in the middle of his small one-room microbrewery, home of Lawson’s Finest Liquids.

The coveted Warren-based beer will celebrate its fifth anniversary this April, and while Lawson has updated his equipment since he first started brewing, “it’s all in the same space, and it’s still just me.”

Lawson has one helper, Steve, who comes in once a week to help him bottle, but other than that Lawson’s Finest Liquids is a one-man operation.

“We’re not even close with keeping up with demand. I just brew as much as I can,” Lawson said of his beer, which sells out usually within the same day he delivers to local stores.

To expand, Lawson would have to move the operation away from his home. It’s not something he’s interested in doing while his daughters—ages 4 and 7—are still so young, “but eventually…” he said.

For now, Lawson is celebrating five years of brewing in The Valley and is thankful for the strong word-of-mouth surrounding his beer and the ever-emerging craft brewing craze that has allowed his business to prosper.

For Lawson, brewing “used to be a full-time job with part-time pay,” he said. Five years later, he’s busier than ever, but he’s starting to get more back.

Lawson’s Finest Liquids’ fifth anniversary celebration will take place on Saturday, April 20, at the Valley Players Theater in Waitsfield. From 2 to 6 p.m. the Beer Lovers’ Market (free) will feature music, local goods and food. From 7 to 11 p.m. the Beer Lovers’ Ball will feature music, Mad Tacos and, of course, Lawson’s Finest Liquids. Ten percent of ticket sales and net proceeds will benefit local nonprofit organizations (to be determined).