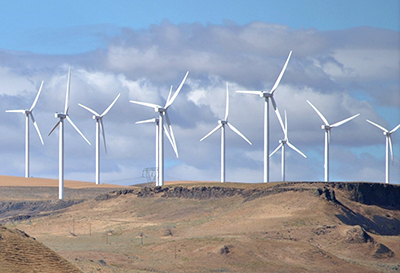 The Warren Planning Commission continued its discussion of how its Town Plan treats wind at a well-attended public hearing this week.

Planning commissioner Michael Ketchel explained that the commission is currently considering every aspect of the wind power spectrum, because without any existing wind power clause currently in the Town Plan, there may be no permission for the use of windmills, but there is also no prohibition. Leaving the subject legally open-ended could negatively impact how zoning issues come to affect future generations. The commission then proceeded to consider the recently acquired maps and discuss further possibilities for obtaining data.

What Warren needs, the planners noted, is statistical data in the form of a survey of average wind speeds in specific target zones. The maps shared by the commission this week depicted four zones of high elevation – running in a square around Warren Village from Lincoln to Roxbury Gap – in the town of Warren where wind energy could be feasible based on wind speed averages for the specific average elevations. Lincoln Gap, however, is generally out of consideration due to the national forestlands and land ownership.

Though the maps gave some visual representation of where wind power might be feasible, they did not include any actual recorded wind speed data. It is speculated that little if any useful wind speed data has ever been recorded along these ridges. Wind energy professional Jito Coleman noted that wind measurement, especially in highly wooded areas such as these, can be a lengthy and expensive process.

Should the town get as far as measuring wind data and enacting policies for wind power siting and standards, turbines would still need to be built, maintained and optimized. Community members at the meeting raised many relevant hurdles that might make the use of wind power a difficult and unsuccessful endeavor in the community. The first area of concern raised by those at the meeting is how turbines would actually come to be constructed along the ridges. This would involve difficult transportation methods and could cause environmental disturbance. A second area of concern brought up was the lack of existing infrastructure for connecting wind turbines to the power grid.
Those at the meeting voiced many of the same basic fears about wind power that are heard throughout the state: disruption of iconic views, general unsightliness, noise pollution, bird and bat deaths, complicated mechanical maintenance and harsh Vermont weather conditions. An attendee of the meeting also mentioned that erecting turbine towers will destroy primary soil.

There has been little success with windmills in the Mad River Valley. As noted by Jito Coleman, there have been eight wind turbines installed in The Valley in the past decade or so, only two of which are still in operation due to lack of wind. He estimated that one of those residents is averaging about 2.5 meters per second, where the average desired efficiency of a wind turbine is around 9 to 12 meters per second.