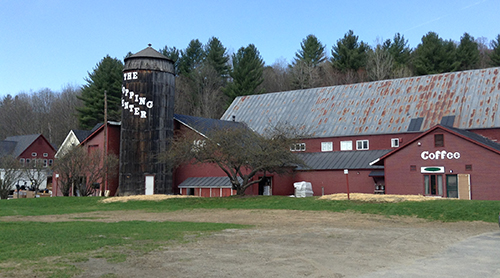 Crosspoint Associates, new owners of Mad River Green Shopping Center in Waitsfield, will be before the Waitsfield Development Review Board this month with three applications to be heard.

Crosspoint director of assessment management and spokesperson Kerry McCormack said that the first issue has to do with a permit issued last year for a change of use for the former Jay's Restaurant so that Canteen Brewery could operate a restaurant and microbrewery onsite.

That permit included creating specifications and parameters for an outside patio area which had not been completed. The deal with Canteen Brewery has not gone through because of an issue with how much wastewater a brewery will create and where that wastewater will go. The current wastewater system for the Mad River Green is too old to handle the brewery effluent.

The second matter to be heard by the development review board is a change of use for the former Afterglow Day Spa from a personal service/retail unit to a 40-seat restaurant.

McCormick could not identify the potential new tenant but he did explain that the shopping center's wastewater system was capable of handling the 40-seat restaurant. Asked why the potential future restaurant tenant would not simply go to the former Jay's Restaurant, he said that Jay's, at 60 seats, was too large for their tenant.

The final matter that will come before the board is a request to revise the signage on the silo of the shopping center including a proposal to paint the silo white and change the lettering.

Asked why his company wants to paint the silo white, McCormick said, "Why not?"

He also confirmed that there is a potential new tenant for the Law Phelon Real Estate offices (next to Better Travel) but was not at liberty to disclose the type of business or the owner.

The meeting with the Waitsfield Development Review Board is Tuesday, May 27, at the town offices at 7 p.m.