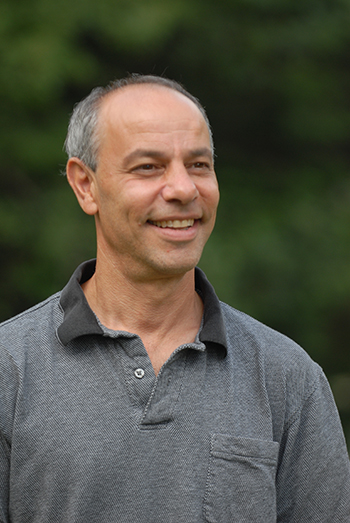 "I am deeply grateful to the residents of Duxbury, Fayston, Moretown, Waitsfield and Warren for electing me to the State House, and I hope you will renew your confidence in me for another two-year term in November," Greshin said.

"Over six years in the State House, I have developed my legislative voice and I'm ready to put it back to work for you next session. I have been a voice of moderation in fiscal and monetary matters while supporting the social and environmental policies which make Vermont and our community attractive places to live and to work. My voting record and the bills I have introduced and sponsored reflect a desire to do what's best for our community and our state. I have been entirely free of the pressure to 'do what's right for the party.' My loyalty is solely to the people who have elected me. That is why you put me in office and that is always the way I will carry out my responsibilities on your behalf," he said.

Greshin said that during the next legislative session two issues loom larger than most – health care oversight and education funding reform.

"I have spoken out and written extensively on both topics and I expect to be heavily involved in pertinent legislation next year. While I was among the majority of legislators to support the initiation of Green Mountain Care in 2011, I have been among the minority of legislators to hold the governor and legislative leadership accountable for an affordable funding mechanism and benefits package. The botched rollout of Vermont Health Connect and the anxiety it engendered in our community has raised my level of skepticism of the state's reform efforts. You can be confident I will remain engaged in the effort to fix what's broken and recognize our limitations," he said.

"After 35 towns rejected their school budgets on Town Meeting Day, the message finally penetrated the State House walls that education finance reform is necessary. We've known that for years in our community. Four years ago I joined two colleagues on the tax-writing House Ways and Means Committee and co-sponsored legislation to radically change our education funding mechanism. The bill was reintroduced two years ago and interest in it spiked this spring after Town Meeting Day. I expect that bill will form the basis for reform efforts next year and, consequently, I expect to be intimately involved in the debate," he added.

"Floor speeches and news conferences enliven the evening news, but the life blood of legislating is committee work. Most bills never make it out of committee, but those that do have gone through weeks of testimony, drafting, redrafting and compromise. It's not glamorous and it's often not pretty, but it works to ensure every voice is heard. I enjoy committee work because I have a deep passion for public policy. I don't mind sweating the details because it's important to you and it's important for Vermont to get it right the first time," Greshin noted.

He said that vision is critical to policymaking, but what turns a good idea into law is strong advocacy and the ability to work with colleagues.

"Credibility is earned the hard way in the State House by mastering the details, listening to opposing views and working to build coalitions. I've spent years earning a seat at the table with legislative leadership and the governor's office. I haven't always gotten my way, but I have been a major contributor to decisions on tax policy, consumer protection, energy and economic development," he added.

"One of the most enjoyable parts of my job as your representative has been reaching out to you with issues of interest and concern. Sometimes you've contacted me and other times I've contacted you. We may not have always agreed, but more often than not I've learned something from our conversations. Listening has made me a better legislator and a stronger advocate," he said.

"Thank you for giving me your confidence and encouragement over the past six years. I hope I've earned your support for re-election. My bike is greased up and ready to roll. See you on the campaign trail," he concluded.