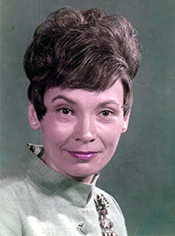 Constance was born in Johnson City, New York, on April 21, 1929.  She is predeceased by her son, Robert Fulton Payne Jr.; her daughter, Cynthia Payne Glendale; their father, Robert Fulton Payne; her parents, Don and Alice Price; her sisters, Antoinette Price Howerton and Donna Price Myers; and her brother, Aldon Price.

Constance is survived by her daughter, Constance Schenk (Ronald) of Walworth, New York; her sons, Christopher Payne (Cynthia) of Brimfield, Massachusetts, and Caldwell Payne (Annette) of Stowe, Vermont; her sister, Margaret Price Zielinski of Spring Hill, Florida; 10 grandchildren and 12 great-grandchildren; several nieces and nephews; and many dear friends, including the Markakis-Williams family of Rochester, New York.

Constance graduated from Cornell University and had an extensive and exciting career that included being a lifeguard at Buttermilk Falls in Ithaca, New York, after World War II; serving as chief of food service management at Vermont State Hospital in Waterbury, Vermont; contracting as a test kitchen analyst and communication specialist at Corning Glass Works in Corning, New York; and being appointed assistant director of food service for the Association for the Blind and Visually Impaired in Rochester, New York.  Her volunteer positions were also important to her and included PTA president, Girl Scout leader and flood disaster food service manager after Hurricane Agnes tore through Corning, New York, in 1972.

Constance loved to travel and visited many beautiful lands such as Thailand, Cambodia, Greece, France and Egypt while absorbing the different cultures that would always reappear in her cooking and clothing style when she returned home.

Her family was the most important part of Constance’s amazing life.  She worked incredibly hard professionally, but when it came to the young children in her life, her imagination and creativity would flow unbridled.  Everybody knew of her riverfront homemade obstacle courses and gold rush contest.  In the winter, she loved having sugar on snow parties that always included hard-boiled eggs, dill pickles and glazed donuts!  Her strong work ethic was unfailing as she guided the children she loved.

The sudden loss of Constance is unbearable, but the heartwarming memories are endless.

A graveside service and interment of ashes will take place privately in Waitsfield, Vermont, on July 11, 2020.