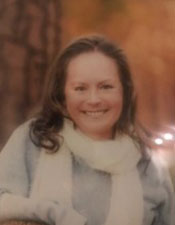 In the early hours of May 22, 2021, a daughter, wife, mother and friend to so many, Abbie Stanley, 44 years old, passed heroically but gently into her God’s kingdom of angels.

Abbie Elizabeth Grenert Stanley was born on December 19, 1976, in Manchester, NH. For the next 18 years she grew up in Waitsfield, Vermont, where she made many lifelong friends and the place where she always called her “home,” After graduating from Harwood Union High School, she received her undergraduate degree, cum laude, at Ashland University in Ohio. She received her master’s degree from NC State University in 2000 and was awarded graduate student of the year, and this is where she met her future husband, Christopher (Stan, Chris) Stanley. Both being NC State grads, they started their early married life in the Raleigh, NC, area and finally settled in Fuquay-Varina. They quickly became devoted NC State fans and could be seen at many home football games. Over the next few years, Abbie and Chris enjoyed traveling together and Italy and France were favorite destinations.

Her master’s degree led her to several managerial positions which in turn led her to achieving SHRM-CP professional certification. She was able to utilize and demonstrate her knowledge and her amazing organizational and leadership skills working at McAdams Engineering. She loved the part of her job that allowed her to meet, befriend and recruit college students to help them fulfill their engineering dreams. Her illness did interrupt her full-time working ethics, but she managed to continue to use her amazing talents by working part time for Midtown Property Law.

She was devoted to every job and any task she undertook, and they always had her utmost attention. Anyone that became involved with her present job focus soon became a fast friend. She had an infectious and bubbly personality that led her to leave a huge impact on the many lives she touched. She had a passion for people and wanted everyone she met to be the best they could be.

When she became “Mama,” in February 2009, her life goal of becoming the best “Mama” ever to her son, Will, began. And she was! Being an accomplished and passionate amateur photographer, there was not a day that went by, or an occurrence or even just a simple smile that Will gave, that Abbie wouldn’t take that special picture of her beloved son. She also had an eye for that picture that needed to be taken of someone else.

Abbie is survived by her loving husband of 20 years, Chris Stanley. She is also survived by her son, Will; her brother, Josh Grenert (Julie), of Rehoboth Beach, DE; her parents, Mark and Susan Grenert, of Zion Crossroads, Virginia; her “Nana,” Iris Grenert of Goffstown, NH; niece, Madison Grenert; nephews, Zach Huffman and George Grenert. Other family members include Diane and Johnny Elliott, Larry and Betty Stanley, Sherry Huffman. Also, very dear friends Mary Beth and Mark Knelson. There are also many loving aunts, uncles and cousins.

The service will be available via video for those that cannot attend.

The funeral will be broadcast via Zoom at:

In lieu of flowers, a memorial donation in Abbie’s name may be made online to the Neuroendocrine Tumor Research Foundation (NETRF): www.netrf.org/give. Or by mail to: NET Research Foundation, 31 St James Avenue, Suite 365, Boston, MA 02116.

To send flowers to the family or plant a tree in memory of Abbie Elizabeth Stanley, visit the Thomas Funeral Tribute Store at www.thomasfuneral.com.