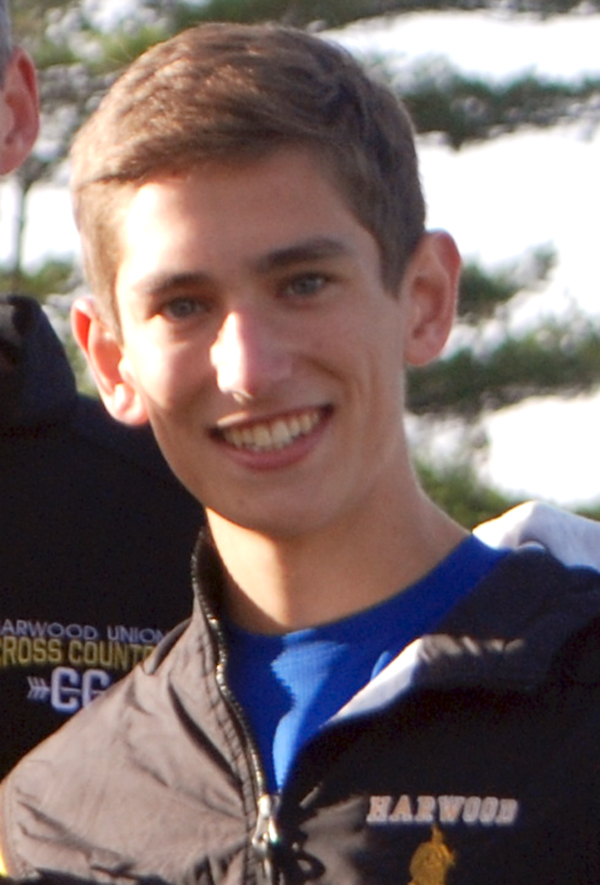 Walker Caffry-Randall, Waitsfield, was selected this week as one of the 161 students from across the country named as 2018 U.S. Presidential Scholars. Walker is Harwood’s second U.S. Presidential Scholar, following his sister Charlotte Caffry-Randall’s selection in 2015. Harwood Union has also had two students who advanced to the semifinal round: Sam Nishi in 2015 and Anneka Williams in 2017.

As part of the application process, all candidates nominated write an essay about the teacher who has had the biggest impact on their success. The teachers nominated by the winning students are given special recognition by the Department of Education. Congratulations to Waitsfield Elementary School first- and second-grade teacher Tom Young who was credited by Walker for starting him on the right path as learner because of Young’s emphasis on always striving to do your best work.

This is the U.S. Department of Education’s 54th class of U.S. Presidential Scholars. The White House Commission on Presidential Scholars selects scholars annually based on their academic success or artistic excellence, essays, school evaluations and transcripts, as well as evidence of community service, leadership and demonstrated commitment to high ideals. These students are among the very best of the nation’s 3.6 million students expected to graduate from high school this year. A complete list of 2018 U.S. Presidential Scholars follows and is also available at http://www.ed.gov/psp.

Created in 1964, the U.S. Presidential Scholars Program has honored almost 7,500 of the nation’s top-performing students. This year’s honorees will be treated to three days in Washington, DC, that will include a visit to the White House and a ceremony on June 24, when each honoree will receive a Presidential Scholar Medallion.