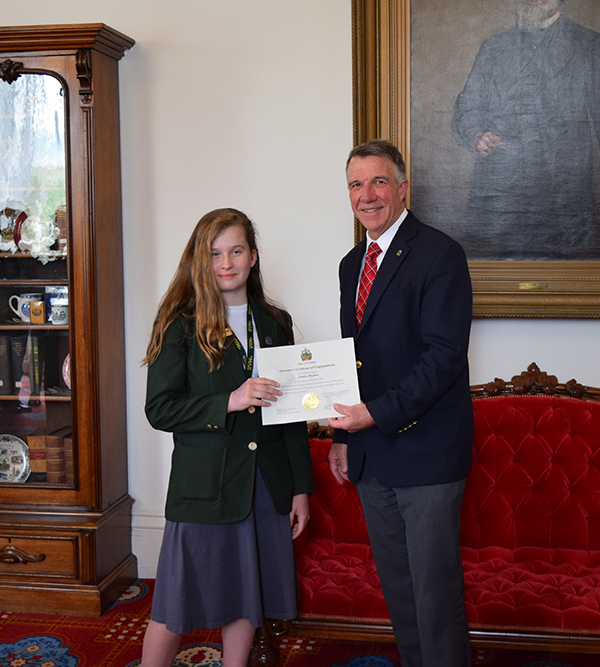 Lindsey Bigelow of Warren recently completed a six-week session as a legislative page at the Vermont State House.

Eighth-grade students from anywhere in the state can apply in the fall to become a page. There were three groups of 10 pages each and each group served for six weeks. Bigelow was in the third group, which just finished on Friday, May 18, with brief recognition in the House and the Senate and an award ceremony with Governor Scott. Her weeks consisted of classes at school on Mondays and then work at the State House on Tuesdays through Fridays from 7:30 a.m. to 4:30 p.m. She was paid about $130 a week with a $30 per week expense allowance. Kids were driven or carpooled into Montpelier while others stayed with host families. Her duties were primarily delivering notes among the legislators, whether they were in conference rooms or in the House and Senate chambers. It involved a lot of sitting and walking throughout the building looking for recipients of the notes.