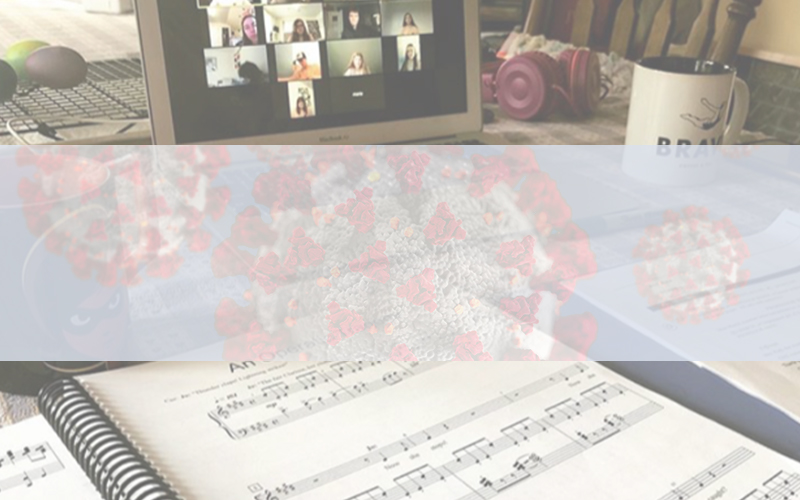 Thursday, April 9, was supposed to be a special night for the Harwood music department. It would have been opening night of the musical “Little Women.” However, COVID-19-prompted school closures brought this production to a halt, forcing husband-and-wife director duo Scott and Stefanie Weigand to get creative.

The show was canceled, but the Weigands wanted to find a way to celebrate the cast for the months of hard work and dedication they had put into it. When school closures were announced, the 15-person cast had just mastered everything: the staging, the choreography, the lines. “They were just polishing,” said Stefanie Weigand.

To celebrate their accomplishments, the Weigands hosted a virtual read-through of the show on Saturday, April 11. Over a video-chatting platform, the cast got together with their “Little Women” show T-shirts on, read through the play and performed songs for each other.

This digital, no-frills read-through was an emotional affair. “There were laughs. There were tears,” said Scott Weigand. “There are a lot of moments in the show that pull at your heartstrings. And those moments were all heightened with all of us being together, considering the gravity of everything that’s going on.”

The read-through also posed an opportunity to honor the cast’s two seniors, Emma Greenwood and Ella Holter. The girls have been staples in the Harwood music department, having participated in school musicals year after year. “Ella played Fiona in ‘Shrek’ last year, and Emma played Mary Poppins the year before that,” said Scott Weigand, listing off their most memorable performances. 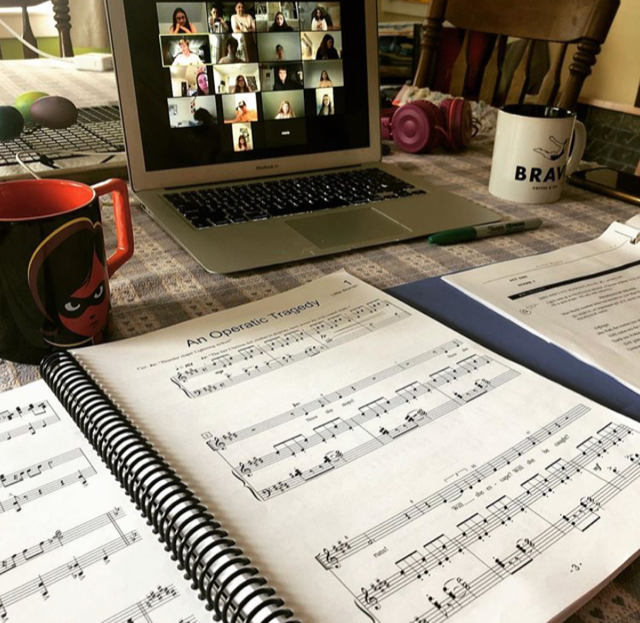 If it weren’t for the cancelation, this performance was set to be the best performance yet for the senior girls, not only because of their experience but because of their strong identification with their roles. For instance, Greenwood was supposed to play the character of Jo March, a cerebral girl who flies the nest in pursuit of her artistic dreams. Speaking of Greenwood, Scott Weigand said, “She’s a senior going off to college, trying to make all these big decisions in her life, and here she is playing Jo March, who is essentially in the exact same position. She is at a point in her life where the connection she was finding with the character was uncanny.”

It wasn’t just the seniors that identified with their parts, however. The whole cast felt like part of the March family in the end. “It’s a show about family above all else,” said Stephanie Weigand. “And over the past few months, this cast has become a close-knit theater family.”

As schools remain closed for the rest of the year, the cast plans on doing more video-based cast meetings and events. “Now kids are recording songs and videoing them,” Stefanie Weigand said, referring to next steps for the cast.

These digital events will provide the cast with a much needed respite from the barrage of uncertainty and anxiety surrounding the COVID-19 crisis. “The arts are escapism. When you're feeling horrible one of the best things you can do is put on your favorite music. Getting together online as a cast lets us take ourselves out of that constant barrage of news and numbers,” said Scott Weigand.

“The arts give us a chance to be expressive. That’s really helpful, especially for teenagers, especially in a time like this,” said Stefanie Weigand. “We all need a way to vent. Music and theater is a great way to do that.”