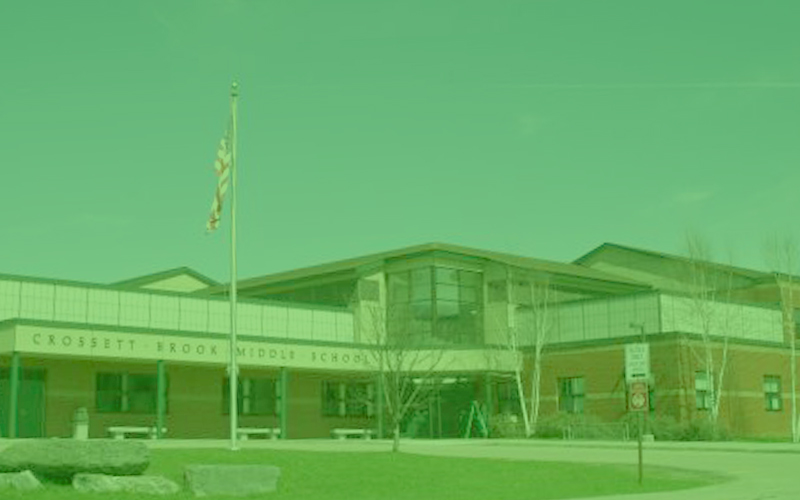 Tom Drake, principal of Crossett Brook Middle School, is excited for the start of school. He’s especially excited that students will be learning in the classroom, at least one day a week to start. “I’m just psyched that we have a plan that will get bodies into the building by September 8,” said Drake during an interview on August 11.

Drake is hopeful that students will return to fully in-person learning soon, especially after receiving an email from the Agency of Education stating that it’s possible that schools would be instructed to go into full in-person learning within a couple weeks of being open. “If that were true, then great, we would figure out a way to do it,” said Drake. “We all want to get kids back to school more than less as long as it’s safe and as long as people feel comfortable.”

Still, several concerns are leaving Drake cautiously optimistic. “The uncertainty is weighing on me,” he said, referring to the uncertainty towards whether or not HUUSD was taking the right approach with its four and one hybrid plan.

“I love the local control that Vermont has, but a part of me just wishes the governor would say: here’s what you need to do,” said Drake. “We’re spending a lot of time and energy convincing people that the plan we proposed is a good and sound plan.”

Drake’s other concern has to do with the educational inequities that could spawn during the district’s heavily remote-based opening. “We can control equity a little bit more when all kids come to school, and way less when no kids come to school,” said Drake.

For example, Drake mentioned that parents are already working on forming remote learning pods of either neighborhood kids or friend groups. “On remote days they will get together, and parents will rotate who’s not going to work that day. But a good number of our kids and families don’t have the resources to do that. They can’t stay home with their kid, or they can’t drive their kid to a pod,” said Drake.

Sports are another equity issue that Drake is worried with the implementation of the district’s opening model. “If only half our kids are in school on Tuesday and there’s soccer practice at 3 p.m., those who are here can just walk across the parking lot and go to practice. But those who are home, that day need to have someone drive them in at 3,” said Drake. When some parents are flexible and available while others are not, “that becomes an issue of equity,” he said.

Despite his concerns, Drake strongly supports the district’s proposed four and one hybrid learning model for the start of school. “Our plan is sound,” said Drake. “I agree with the governor when he says if we can’t open schools in Vermont with our numbers, then who can?”

Additionally, Drake believes the school district is flexible enough to make any necessary changes. “We may end up opening for a week and boom, the COVID numbers go up, and we close,” said Drake. “We are flexible,” he added.

Drake also hopes that parents and teachers learn to believe in the school district’s capabilities as much as he does. He’s contemplated the possibility that schools will return to a five day in-person model quickly, and that some parents and staff will refuse to enter the building at all.

In summary, Drake is looking forward to having people in the building. As he puts it, “the soul of the place is the people.”