Undaunted by the challenges of a socially distanced world, the Harwood Union chapter of the National Honor Society (NHS) gathered over Zoom to celebrate and induct new members for the 2020-2021 year on Saturday, November 14. The ceremony began as chapter advisor Kate Stauss spoke about the significance of NHS and then introduced co-presidents Aliza Jernigan and Gavin Thomsen. The pair welcomed friends and family noting that “In addition to the strong academic records which established the eligibility for membership, our chapter members are leaders in many student organizations and serve our school and community through many activities.” Next, Thomsen introduced co-principal Laurie Greenberg who discussed the importance of bringing excellence to the entire student body and read a poem by Mary Oliver.

Past ceremonies have often included a musical performance, but this year returning member Ellett Merriman created a music video featuring herself on vocals. A cover of “The Edge of Glory” by Lady Gaga, it showcased both new and current members taking part in their favorite hobbies: painting, skiing, reading with dogs, playing the piano, cooking and much more. 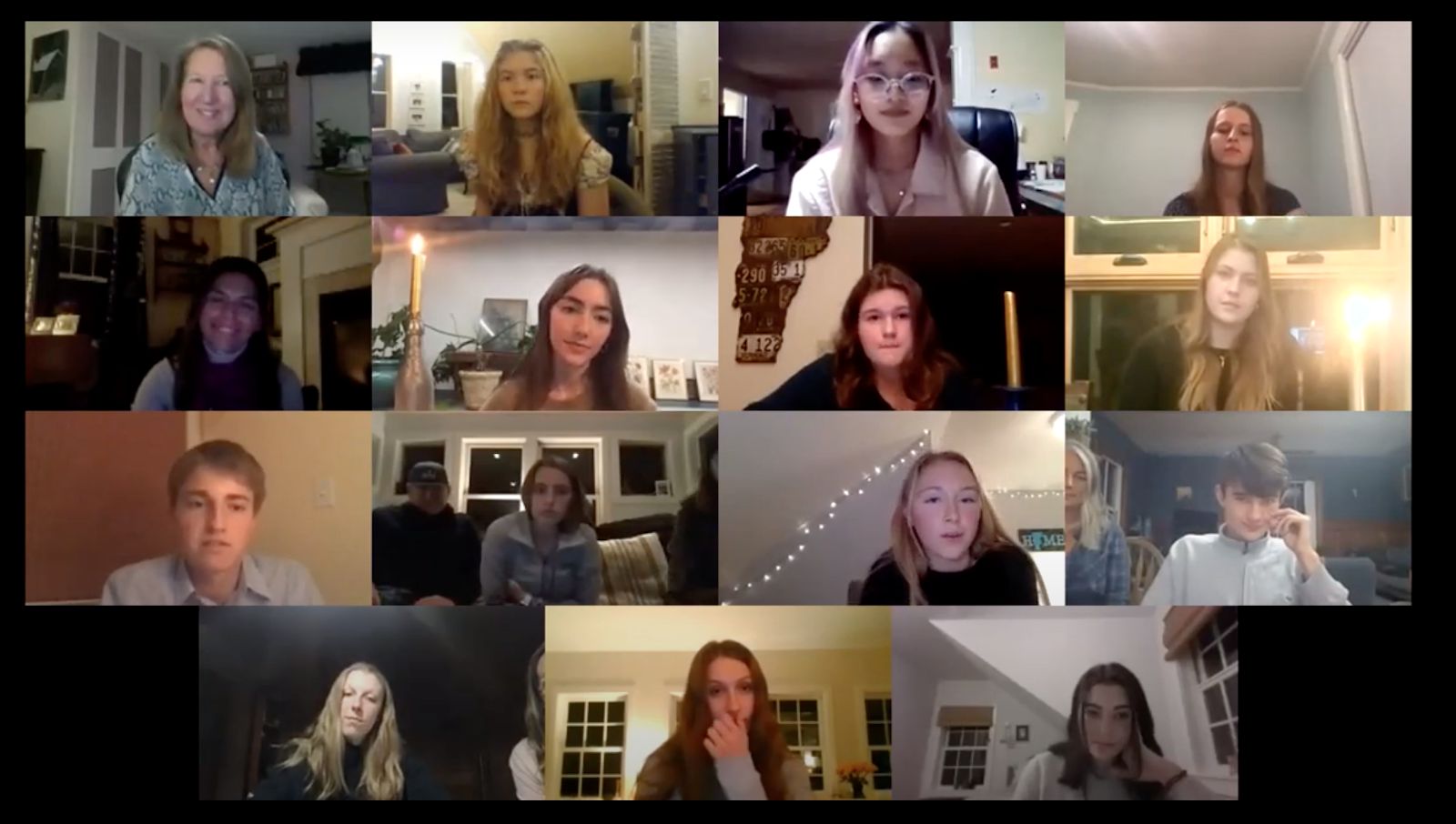 A recording of the full ceremony can be found athttps://www.youtube.com/watch?v=fQqpUscWysQ&feature=youtu.be.