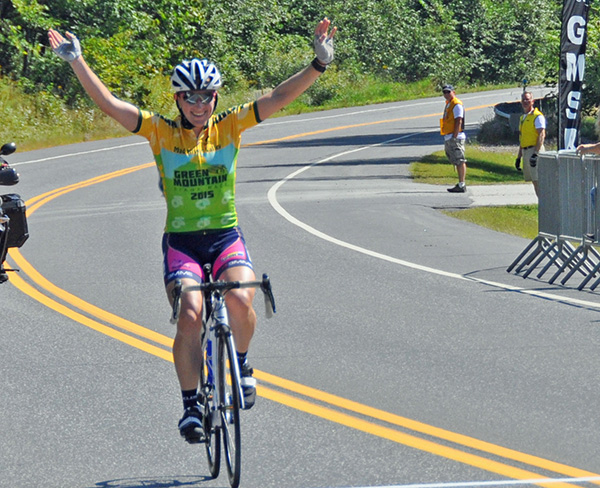 It is just over a week until the start of the 17th Green Mountain Stage Race (GMSR). “Early registration for this year’s event has been fantastic and far ahead of the last six or seven years,” said race director Gary Kessler. “As a result we are looking forward to a larger number of racers this year,” he added.

For most of those 17 years, the GMSR has called the Mad River Valley home. “The GMSR is only possible thanks to the support of the Mad River Valley Chamber of Commerce Marketing and Event Fund. While this fund has changed over the years, the support it has provided has been essential to the success of the GMSR and it is thanks to the event fund supporters that the event is able to continue,” Kessler added.

As in previous years, the GMSR will feature four stages starting on Friday, September 2, and continuing through Monday, September 5. This year two stages will be held in the Mad River Valley. Stage 1, The Warren Store Individual Time Trial on Friday, September 2, will start in Warren Village on Flatiron Road. The road will be closed to through traffic during the event, which starts at 8:30 a.m. and runs into the early afternoon. The course takes racers 6 miles up East Warren Road to the intersection of Waitsfield Common Road. Racers will be starting at 30-second intervals until all racers have completed the course.
Kessler said that Stage 2, a race that usually takes place on Route 100 and Route 100B on Saturday, is not being held this year due to road conditions in Moretown and Duxbury.

Stage 3, the Champion System Mad River Road Race, will take place on Sunday, September 4. This is a 65- or 98-mile mountainous stage, which will start at Mt. Ellen and travel over the Middlebury Gap with a finish at the summit of the Appalachian Gap. This is often the make-or-break stage for the overall four-day race win as big time can be made or lost on this stage. It is also the stage every good climber dreams of winning in front of a large, cheering crowd. For Stage 3, Route 17 will be closed from just below the summit of the Gap to the intersection of the Gore Road from 11 a.m. to 2:30 p.m. Shuttle buses will be taking spectators from the Mad River Glen parking lot to the finish at the summit starting at 10 a.m.

Stage 4 is the Burlington Criterium, which takes place on Monday, September 5, in Burlington.

In order for the GMSR to continue to be a success and run smoothly many volunteers are needed to fill a number of roles, including registration at The Bridges Resort on Thursday, September 1, from 6:30 to 8 p.m. and Friday, September 2, in the morning. Help is also needed with marshaling on Friday and Sunday.

“For helping you will get a great event T-shirt and a great after-party the week following the event with a fun raffle for many prizes. If you can help please contact Emma at This email address is being protected from spambots. You need JavaScript enabled to view it. or call 496-5415,” Kessler said.

As was noted in an earlier article a number of GMSR racers competed at this year's Olympics in Rio. Tara Whitten, last year’s winner of the GMSR pro women’s event, made the transition from track racing where she won a bronze medal at the 2012 Olympics to the road in 2016. She competed in the road race and was seventh in the TT (she won the GMSR TT last year). Results for other GMSR alums include Megan Guarnier in 11th, Evelyn Stevens (former GMSR winner) was 12th and Karol-Ann Canuel, 25th, all in the road race. In the TT, World Hour record-holder Evelyn Stevens was 10th and Karol-Ann Canuel was 13th. In the men's road race, Mike Woods was 55th and Hugo Houle and Antoine Duchesne both started but did not finish the brutal event. In the TT, Hugo Houle was 21st. In the women’s mountain bike race, former GMSR GC Champion, 2016 World Silver Medalist and Vermonter Lea Davidson was seventh. Look for more future Olympians at this year’s GMSR.