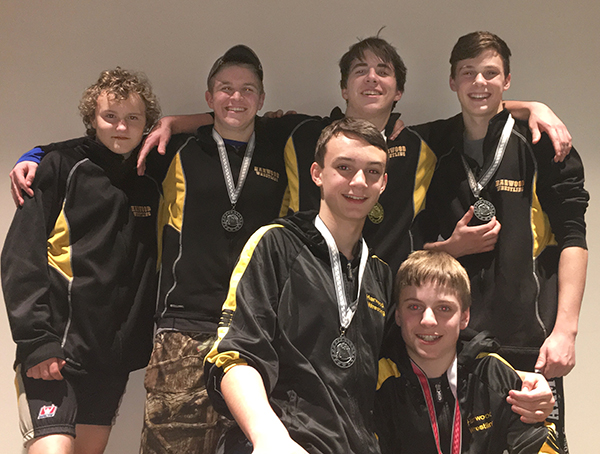 Last Saturday, January 21, Harwood wrestlers participated in the Kevin Micklas Tournament at Mount Abraham Union High School. The tourney was named after one of the coaches for his many years of coaching and commitment at Mount Abe.

“It’s really great to see coaches being acknowledged. Having a coach being acknowledged for all the work he’s put into the sport and have a tourney named after him is huge,” Harwood Union High School wrestling coach Casey Moulton said. Overall, 140 wrestlers from 15 schools participated in the tourney. Almost all of the Harwood wrestlers podiumed in their weight classes.

“We improved throughout the day,” Moulton said. “It was really nice to see. We are hitting moves that we’ve been working on. Hopefully, we can carry that on throughout the rest of the season. Overall, it was a great tournament,” Moulton added.