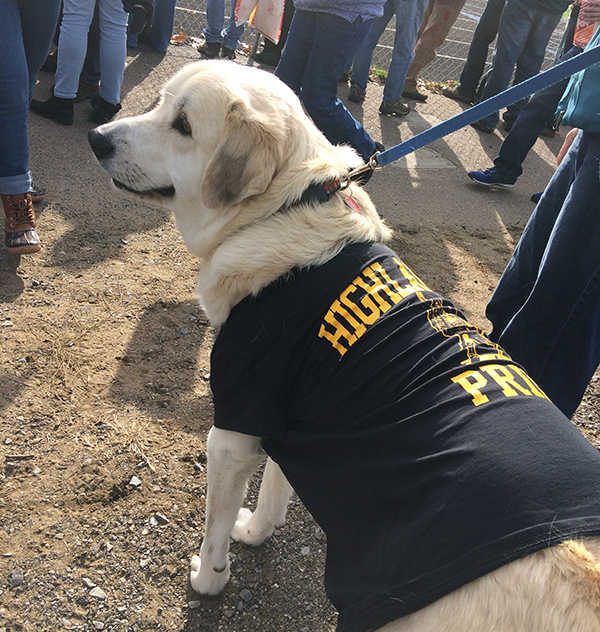 Then nine minutes into the second half, Lake Region’s offensive leader, Riley Urie, dribbled around the Highlanders’ defense to give the rangers a 2-0 lead.

Even then the Highlanders were not out of the game.

“I don’t think we ever thought for a second that we were out of the game. That’s a big piece, the mental aspect of sports, and we’ve worked on it for a while,” said Harwood head coach Don Haddox.

Harwood kept pushing and it finally paid off when freshman Asa Moskowitz drew a penalty kick in the 29th minute.

Jake O’Brien took the PK, but his first shot was blocked by Lake Region goalie Liam Kennedy. O’Brien rushed in to net the rebound, breathing life into the Highlanders’ championship hopes and Harwood’s fans in the stands.

“To see him score that goal was kind of poetic justice and I hope cements to him how important he is,” Haddox said of Woolley, Harwood’s only captain. Woolley had played up and down the field all season and with the Highlanders down he found himself on the offensive side of the field on Saturday.

Haddox said that Woolley played a utility role for the Highlanders because of his immense capability as an athlete, not that he didn’t fit a particular role.

Though the scoreline fluctuated, Haddox believed Harwood had control of the game for the majority of play, but the inability to capitalize, which plagued them all season, was to blame.

“We had a tremendous amount of momentum in those last 12 to 14 minutes, but I think that momentum was a snapshot of really the run of play of the whole game,” said Haddox.

Halfway through overtime Lake Region’s Brady Perron put an end to Harwood’s comeback and handed the Rangers their second championship in as many years.

“It’s a resilient team and we’ll bounce back from this as well,” Haddox said.