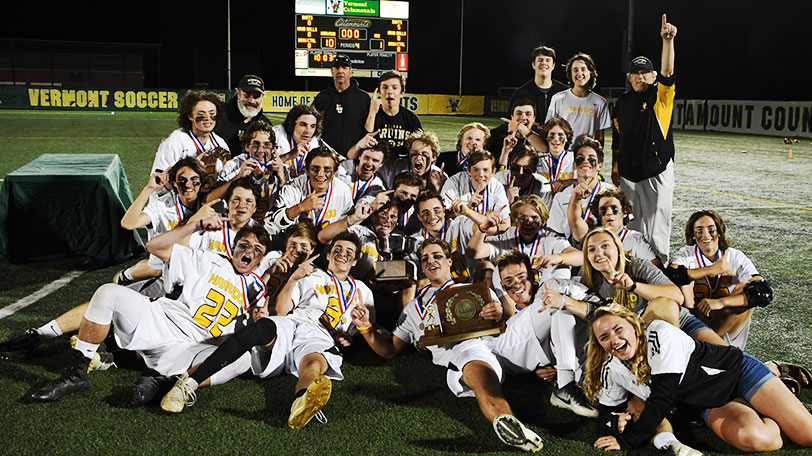 In the regular season the Harwood boys’ lacrosse team remained undefeated as they headed off to the championship game on June 8 for the Division II state title on UVM’s campus against the U-32 Raiders. The Highlanders were victorious, bringing home the title with a 10-1 win.

With a perfect season behind them up against the heavy set in state rivals, the evenly matched game drew an enthusiastic crowd. In the first quarter, the Highlanders’ offense came out with quick shots, finding the back of the net early with a single goal each from Connor Cameron, Ely Kalkstein, who also had three assists, Jake Wells and Hunter Wimble, who also had two assists. U-32 was able to score one past Harwood, ending the first half 4-1.

In the second half, Harwood was able to notch three more goals, one from Connor Woolley and from Wimble and Kalkstein.

In the third quarter, Harwood’s Noah Williams notched two goals with Woolley behind him with one goal. Sully O’Hara had 11 saves on the game. 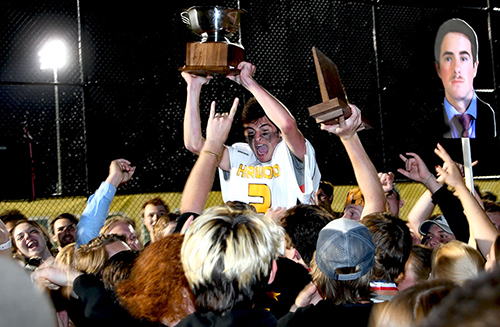 “U-32 had one of the better defenses we’ve seen all year. Their coach prepared them well,” said Harwood head coach Russ Beilke, “The game was a great team effort for us; our defense held their opponent to single digits which is incredible.”

The defense had a similar showing in the semifinal round when they held Stratton Mountain at a three-goal limit.

“I don’t have enough words to describe the season; the boys did what we asked and more. To make it to the championship this season with them was incredibly awesome,” Beilke said.