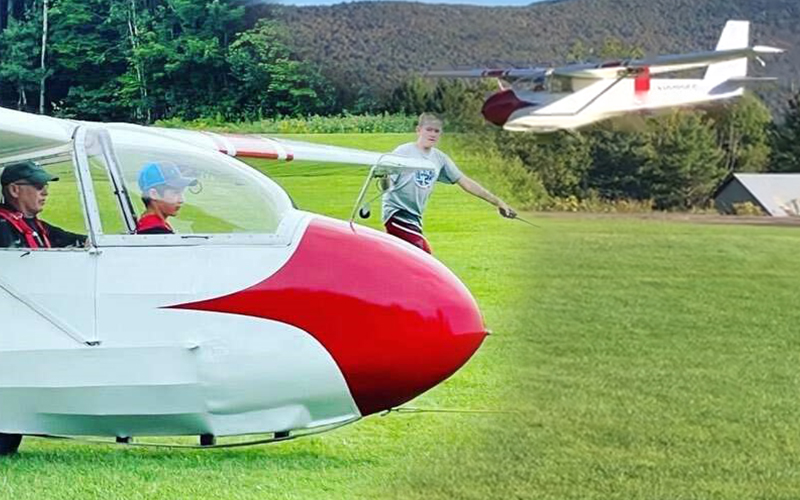 Braden Martens is licensed to fly a glider solo -- even though he’s not licensed to drive a car.

The 14-year-old Waterbury resident piloted his first solo glider flight on September 19 at the Warren-Sugarbush Airport. In 2018, Martens visited the airport near the end of the season at an open airport day and got a free flight in a glider. Not long thereafter, he began working the line as a linesman, helping bring gliders on and off the field along with other tasks.

He received free lessons for his work in 2018 and 2019 when he was 11 and 12 years old. The pandemic meant no glider rides or lessons in 2020 and this year Martens applied for and got a scholarship to attend camp.

“If you go to camp, you get 10 flights in a week, two flights a day and you can really fill the log,” he said, referring to a pilot’s log book where all flights are recorded.

Martens credits his instructor Tom Anderson who he said was pretty amazing.

“He had me fly a lot and push my comfort zone. He’s the only reason I soloed,” Martens said.

His dad, Derrek Martens, said that Tom and Jen Anderson had been amazing and had really taken Braden under their wing and helped him with the flying, but also other aspects of the training.

On the day he soloed he’d been up four to five times already with Anderson. 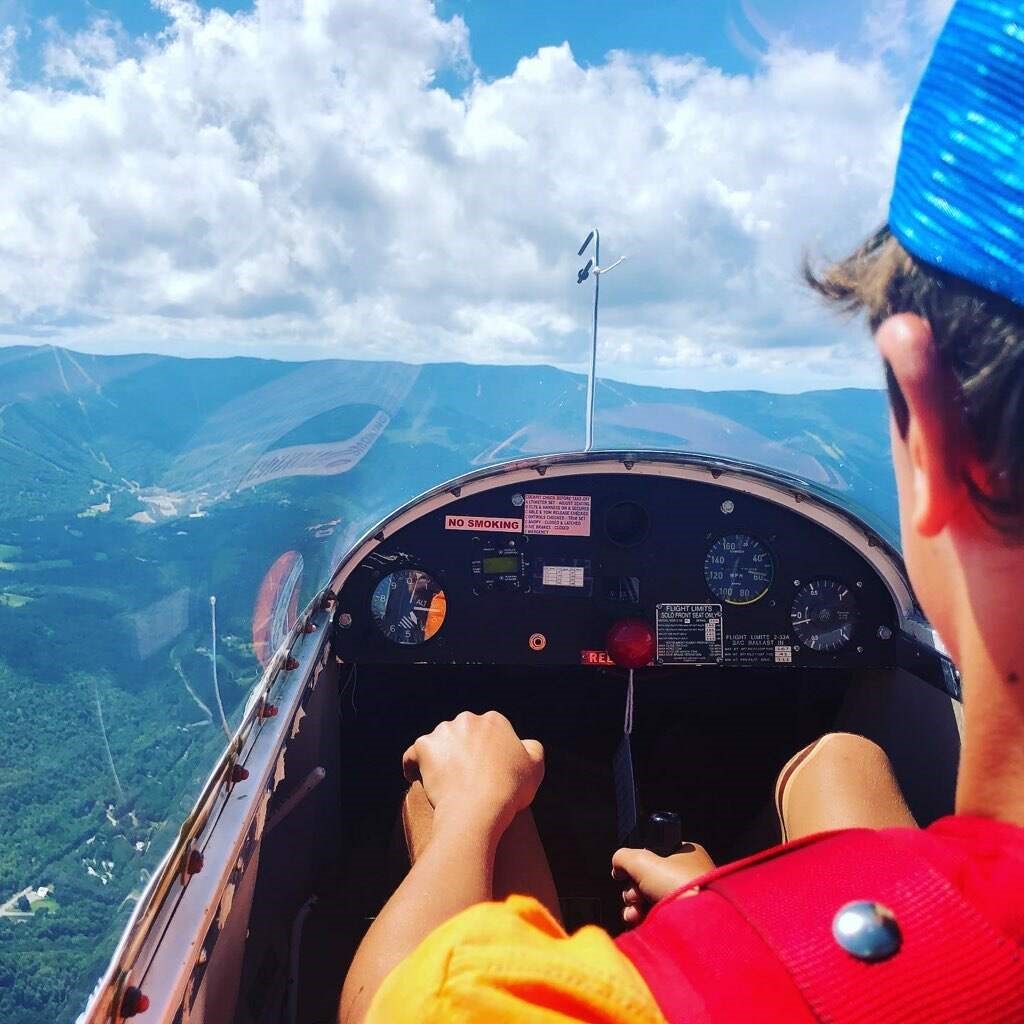 “He said I was ready to solo and I was not expecting that. I asked if I could do one more with him so I did a pattern tow. He said ‘you’re ready.’ I took a couple of deep breaths and flew the plane. I wasn’t really expecting that,” Martens noted.

“I noticed when I was soloing that the plane was a lot lighter, it wanted to come up quicker. Once I got in the air and released the tow, I was like, ‘I’m in control,’” he recalled.

He took off on runway four and got towed to the north end of the airport; he circled a couple of times and made some turns back toward the airport and entered the normal patterns for a landing that spectators reported was flawless. (See www.valleyreporter.com in the coming days to watch a video of his first solo landing.)

His parents, Derrek and Marni Martens, were not among the spectators at the airport when he soloed.

“We knew that he was in preparation for it. Tom mentioned it and told us they thought he was ready because he had so much momentum going. Not knowing when it was going to happen was kind of nice. It was good for Braden not to have another element or factor to be thinking about, and for us, especially for Marni, it was good. She said, afterwards, ‘They didn’t tell us? That’s probably best,’” his dad explained.

A tradition at Sugarbush Soaring is to cut the back of the shirt of a pilot after his or her first solo and have the newly-minted pilot draw their name, date and the plane they flew on it before it gets pinned to the bulletin board at the airport. 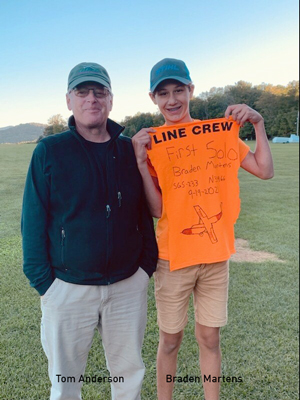 Martens returned to the airport last weekend for some more glider flying. He spends both weekend days at the airport and plays JV soccer for Harwood every weekday afternoon. He plans to fly a few more times this year and solo a bunch next year. He’s looking forward to flying the club’s single-seat 126 high performance ship, he said, which has a really good glide ratio.

“Then I want to work towards my pilot’s license for a power plane,” Martens said.

“It’s a great airport with great people. I don’t know what else to say,” he added.

And while he is the first pilot in his nuclear family, he may not be the last. His dad is planning to learn to fly to keep him company.

“It’s always been something I wanted to do. I started taking lessons in my 20s and it wasn’t really affordable and I didn’t have the time. But between my friend Emory and my Uncle Tom, they’ve been really influential and they talk about it a lot and the responsibilities it teaches kids and adults,” Derrek Martens said.