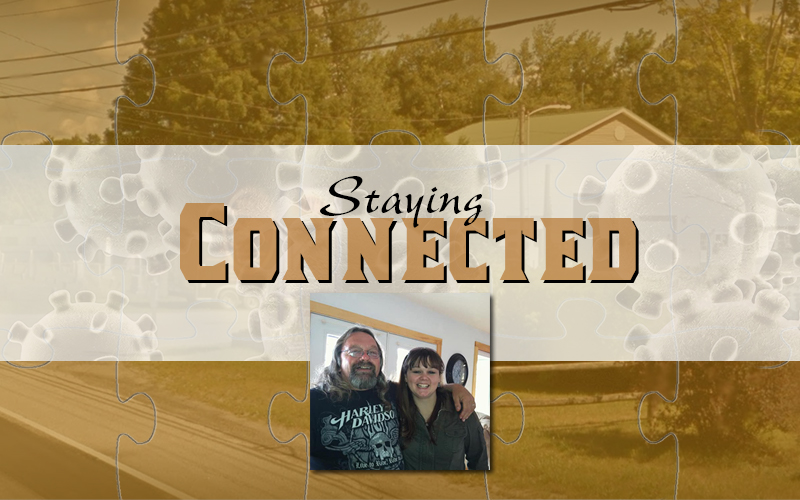 With COVID-19 leaving few businesses open, the owners and workers of essential businesses are still providing services for their community. One of those businesses is Ted’s Kar Kare, a family-owned and -operated auto shop in Waterbury. The Valley Reporter reached out to Camie Brunell; her father owns the shop and she has worked there for 17 years.

Brunell works directly with customers. “I’m like, service writer, office manager. I order all the parts, answer all the phones, tell the guys which cars they're working on, stuff like that,” she said. Although some of the workers have gotten reduced hours, Brunell has not. “I’m pretty much here, you know, 7:30 a.m. to 5 p.m. every day because, you know, if someone needs to make an appointment or something like that you want to make sure that somebody is here.”

Customers are still stopping in, but Brunell is doing her best to keep a distance. “If somebody does stop, they just knock on the door and then I open the door and talk with them.” That’s not the only precaution that the shop has taken. “Anytime we get in a car we’re wearing gloves. They’ll be wearing gloves and then they dispose of them once they’re done with that car. When people drop their cars off they’re putting their keys in the key box so they’re not coming inside, and then paying over the phone. We have extremely minimal interaction with the customer,” Brunell said.

Being one of the only essential businesses in Waterbury, Brunell says that she is glad to be considered essential and still serve her community. “To begin with I definitely had a lot of anxiety, like wondering if we’re going to have to close like all the other businesses. At the beginning everyone was so unsure of everything.”

Brunell also said that at the start of the pandemic she felt uneasy about what this meant for the future of the family business. “It’s not just like, ‘Oh, my boss might have to close for a certain amount of time.’ It’s like the family business might have to close. We want to be able to support our employees still, and have them have the support they need,” she added.

Brunell says that there aren’t many things that she misses right now, except one: her customers. “I guess interaction with the customers. You know having them come in the morning and drop their keys off, and just having a quick short conversation with them, and then also when they pick up their cars.”