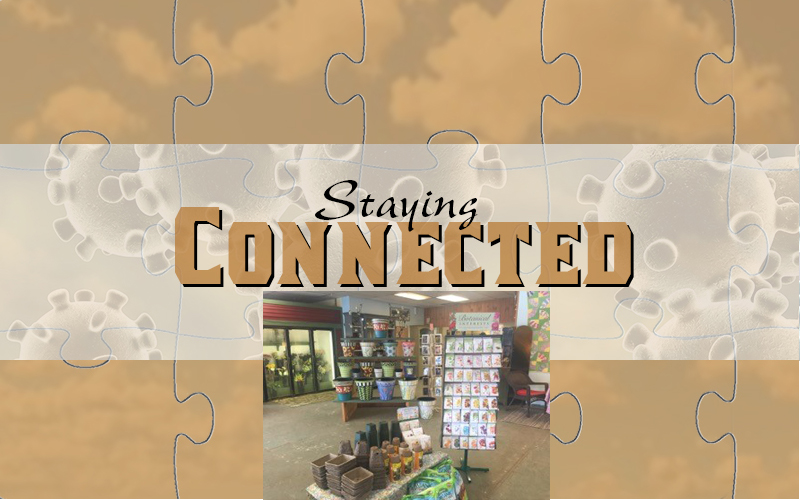 COVID-19 might have closed many businesses in The Valley, but that doesn’t mean flowers have stopped growing. Vee’s Flowers, Waitsfield, is owned by Vee Lynch, who has had the shop for three years. “I had to close, but I still have to come down and take care of the plants.”

Lynch closed her shop on March 15, laying off her two employees as well. Lynch also lost some business with the cancelation of the high school prom and graduation. However, despite her loss of business, Lynch says that closing wasn’t a hard decision to make. “It’s a really quiet time of year, April, and I think that it’s a good thing for The Valley that this had to happen now. For restaurants and everybody else, April is a really dead month.”

Instead of fixating on the bad, Lynch says that she is trying to focus on the good that has already come out of this mess. “This is a positive for a lot of reasons. Mother Nature is saying, ‘Hey guys get your stuff together.’ A lot of places are a lot cleaner than they’ve ever been before because we’re not going outside. I look at it positively instead of negatively.” Lynch also praised her community and state government. “I think our community has been really great and I think our governor has been unbelievable.”

With lots of free time on her hands Lynch has revisited old hobbies. “I’ve really enjoyed my time at home. I’ve been baking and I’ve been doing stuff that I haven’t done in probably 10 years,” she said. Lynch has also been contributing to her community, utilizing her sewing skills and old materials from when she had a quilt shop. “I’ve also made over 350 masks for people. So that’s what I’ve been keeping myself busy with. Because I owned the quilt shop I have hundreds of yards of fabric and I’ve just been having fun doing that.”

Lynch has started doing curbside pickup. She did her first over the weekend. However, at the beginning of the pandemic she was worried about not being able to do anything for her customers. When asked what her biggest fear was going into the pandemic she said, “That we wouldn’t be able to do the curbside, that we wouldn’t be able to do anything. Because I love doing what I’m doing and to be told I can’t do anything would just be awful, but I think it’s all going to work out OK.”