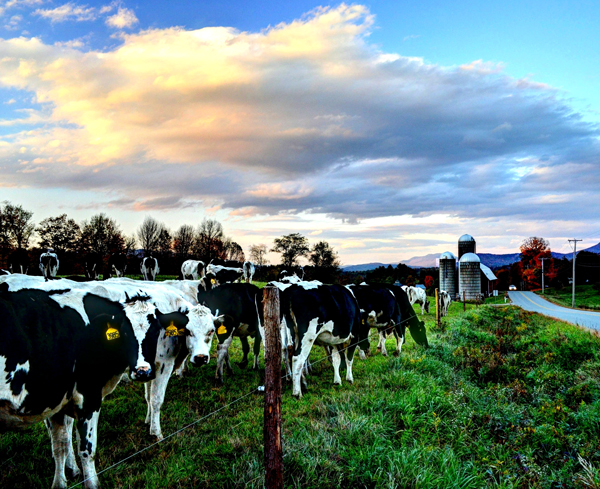 The annual Photo Show in the Round Barn opens on July 31 for the 28th consecutive year. The show goes through September 4 and is open daily from 10 a.m. to 5 p.m. It may be closed on some weekend days at 2 p.m. for private events. Check the Round Barn Farm website’s events calendar or call 802-496-2276. All are welcome to attend an opening reception on Tuesday, August 1, from 5:30 to 7:30 p.m. Join photographers for shop talk and enjoy refreshments.

“At that time I decided not to include photographs in the art show, one reason being limited space,” said Lerner.

Due to the volume and enthusiasm of local photographers, things changed a year later when Lerner and photographer Pat Dockendorf, created a separate show for photographers. Lerner and Dockendorf had absolutely no idea what to expect and they were inundated with animal and bird wildlife shots. The first show, open only for a long weekend, has grown to being open for more than a month and having thousands of visitors. In 2016, 68 photographers submitted 191 photographs. Many photographers came from Central Vermont but they also came from as far north as Hyde Park and Hardwick and as far south as Springfield and Woodstock. New York, New Hampshire, Massachusetts and Kansas were also represented.

Dockendorf moved out of the area during the early years of the show. In 2003, Lerner was joined by Julie Parker as co-director. They have worked closely in all aspects of putting the show together, laying out the design of the show on the floor in preparation for volunteers to come in and help hang the show. In addition, Parker has assumed the major responsibility for designing the lighting.

The Photo Show in the Round Barn is under the umbrella of the Vermont Festival of the Arts, July 30 through September 4, and is one of more than 60 art events in the Mad River Valley during that time. A major fundraiser celebrating the 20th anniversary of the festival is Ocean to the Mountains, a lobster bake on Sunday, August 6, from 4 to 7 p.m. Tickets include dinner, music, an auction and a ride on the Super Bravo lift (10 a.m. to 4 p.m. that day). Tickets are on sale at Three Mountain Cafe, Waitsfield Farmers’ Market, Valley Arts office or http://valleyartsvt.com/event/from-the-ocean-to-the-mountains/.
Call 802-496-6682 with questions.

On July 27, the Big Red Barn Art Show opens at the new gallery at the Lareau Farm barn with an opening reception on Sunday, July 30, from 5 to 9 p.m.