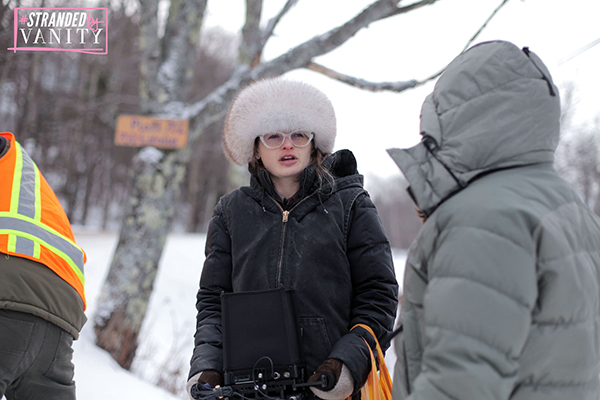 The Big Picture Theater, Waitsfield, will host an in-progress screening of the pilot episode of Stranded by Vanity on June 3 at 5 p.m. The screening will be followed by a question-and-answer session with writer/director Janique Robillard and Devin Klein Corrigan. The event is free and open to the public.

Stranded by Vanity is being filmed locally by Robillard and crew. The series involves perpetual runner-up Miss Sydney B, who takes her final stab at the Miss Green Mountain Queen pageant before aging out. Wannabe pageant queen Sydney is convinced the key to the crown is a dress she can’t afford so she scrambles for cash and lands surprise custody of Scout instead.

Robillard’s Stranded By Vanity is a comedy series set in her hometown of Waitsfield, starring her dear friend, father and the harsh wintry landscape in an augmented, pageant-reality of her creation. Stranded questions the obsession with beauty and examines moments in life when people are forced to grow up.