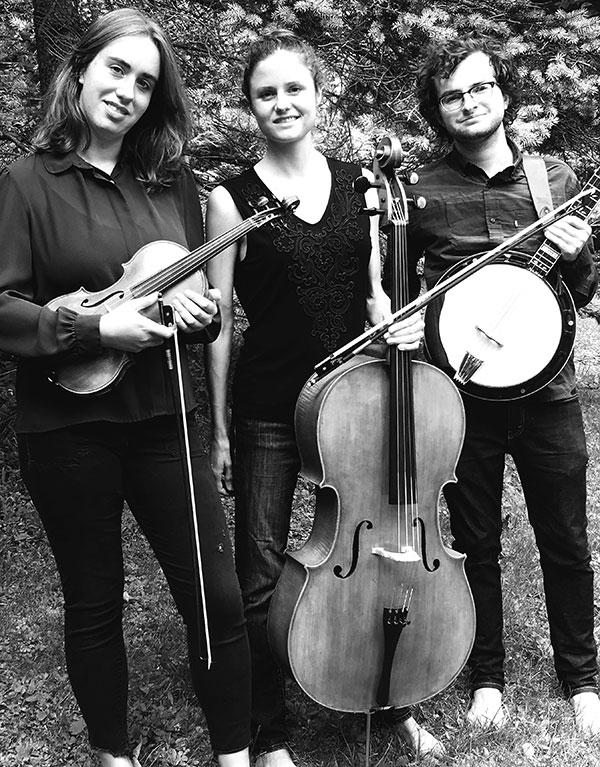 Phantom Theater, under the artistic direction of Tracy Martin, presented a dozen shows this summer, an eclectic mix of drama, comedy, dance and music. The final show — a musical evening with classical cellist Miranda Henne and three of her colleagues on violin, banjo and guitar —  wraps up the season with music that weaves together elements of classical, Celtic and bluegrass.

Henne composed and improvised the music for the one-woman play “Regeneration” that Phantom produced last year. She was intrigued by the barn space and the people she met and couldn’t wait to return. She chose the cello when she was in public school because she loved the deep, resonant sound of the instrument. She became a classical cellist, but she always improvised. She also loved to sing, learning songs from her mother and her aunt rather than from CDs. It seemed to her a natural progression when she took up bluegrass and other styles of music. “Bluegrass on cello entails creativity,” she said, “because you improvise on the spot, making up melodies, but it is also technically creative because it takes on the role of the ‘fiddle’ which has a higher range.”

The three musicians who will be performing with her — guitarist/banjoist Taylor Shuck, violinist Ellie Miller, violinist Austin Scelzo -- met at the Creative Strings workshop in Boston, after which Henne decided to put a group together. The music for this show is comprised of original tunes, arrangements of traditional instrumental folk tunes, and classical music.

They will be performing Thursday, August 30, and Sunday, September 2, at 8 p.m. To make reservations call 496-5597 and for directions and further information go to www.phantomtheater.org.