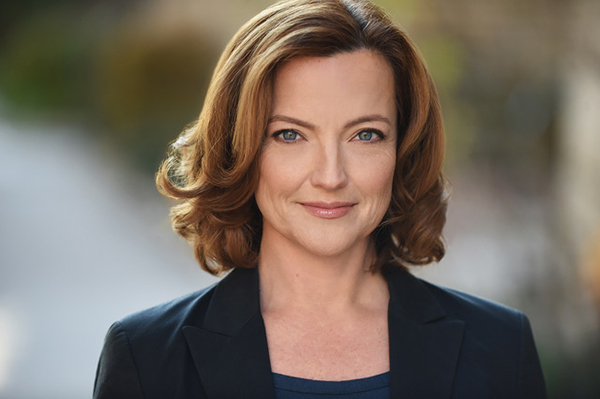 There is storytelling that occurs at various local events (The Moth, for example), and then there is the kind of storytelling that transcends those narratives because the storyteller happens to be a highly respected New York actor who is presenting a memoir/performance piece about her eccentric Irish family. Orlagh Cassidy is bringing her family saga, “It’s in the Play,” to Phantom Theater on Sunday, July 21, at 8 p.m.

“It's a wide scope of a family story starting with my parents moving to America in 1962 and continuing on to the present," Cassidy said in an interview. "It’s a story of love, loss and how we all get through – how rich and important family connection/history is, even when it’s difficult.”

“Orlagh becomes each of the characters,” Tracy Martin, artistic director at Phantom, said. “She knows how to deliver a story that is exhilarating and sorrowful at the same time … and in the end, unforgettable.”

Cassidy began her acting career in Washington, DC, at age 14 at the Shakespeare Theater at the Folger. She made her Broadway debut in Noel Coward’s “Present Laughter” with Frank Langella and Alison Janney and took on the role of Doris Wolfe on “Guiding Light” for 11 years. She received a Drama Desk Award nomination in 2007 for her role as Maggie in “The Field” at the Irish Repertory Theatre. She has guest-starred on numerous television shows.

The Edgcomb Barn in Warren hosts Phantom Theater. Reservations aren't necessary and playgoers are asked to pay by donation. Go to www.phantomtheater.org for directions and more information.