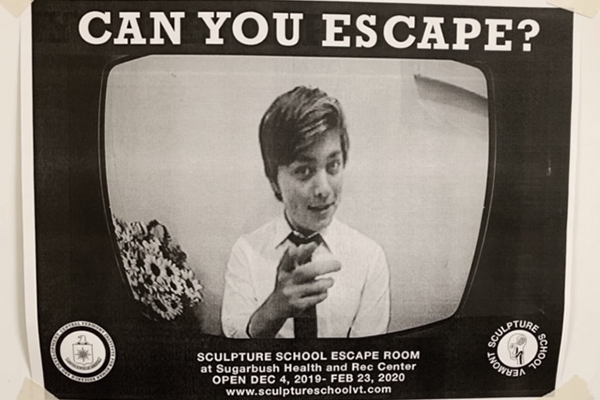 It takes more than two people to find a way out of the Sculpture School escape room in less than 45 minutes. Trust me, I tried. Located at Sugarbush Health and Recreation Center (SHaRC) until February 23, the Sculpture School escape room raised my blood pressure, tested my teamwork skills and put my college-educated ego on the line as I raced, with my partner, to find clues, crack codes and escape.

First appearing in Kyoto, Japan, in 2007, escape rooms have become a worldwide phenomenon and have even reached the Mad River Valley thanks to Sculpture School. Founded and directed by Eddie Merma, Sculpture School is an art school based in The Valley for kids ages 7 to 14. However, the escape room they designed is not just for kids.

Both recently graduated from college, my partner and I were sure we would escape the room in no time. I had taken graduate level courses on econometrics. He had taken classes on applied logic. I was sure that our alacritous 23- and 26-year-old brains would have no issue escaping.

Still, the moderators warned us that getting out would be hard with just two people. See, this wasn’t just an escape room but a series of escape rooms. With four layers of locked doors to get through, the two of us would need to work fast. At the entryway, the times of the previous teams were scrawled on the wall in chalk: 41 minutes. 43 minutes. 44 minutes. The limit was 45 minutes. 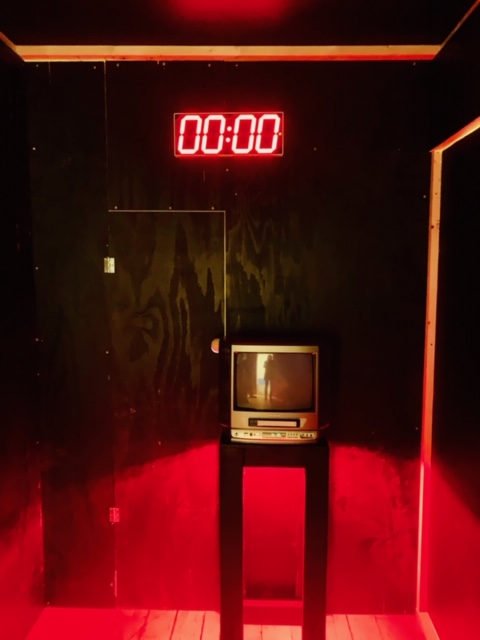 The second I entered the first room, doubt punctured my confident aura. Where were the clues? This was a waiting room. Just a normal waiting room. Were the magazines a clue? Was the DVD version of “Surf’s Up” that sat propped up besides the TV a clue? Were the coat hangers a clue? Was the kid’s toy on the floor a clue? The two of us tore up the room like two travelers in a hotel room rummaging for a lost passport before a flight. Eventually, after collecting a bouquet of different clues, we escaped! … into the next room. This one was a doctor’s office. Diplomas and diagrams of the human body covered the wall. Thick books lined wooden bookshelves. Filing cabinets harbored scattered and marked up pages.

“You do the book shelf. I’ll do the desk,” I told my partner. We had already spent 15 minutes in the first room. There was no time to waste.

But this room was even harder. We found clues, but they didn’t seem to lead anywhere. I grabbed my partner by the sleeve. “I think we need a hint.” I whispered to him. We were allowed three hints, as long as we called out for them. “You ask,” he whispered back, tugging his arm away. Neither of us wanted to admit defeat. “You have 25 minutes,” boomed a voice from overhead. Desperate for the time, I put my ego aside and yelled, “Hint!” I won’t mention what the voice said, other than that the hint was much needed.

By the time we got into the third room, a scientist’s lab, we had gotten the hang of escaping. We paid special attention to the wall hangings, the books, the pipettes and the papers scanning for clues. We didn’t dwell on potential distractions. We gathered our clues and asked each other, “What could this mean?” I solved some puzzles, he solved others. And eventually, we got out.

Our time: 46 minutes. Although we didn’t beat the clock, we had a good time trying. Despite the pseudo strain that the escape room imposed on us, the whole event was shockingly fun.

Part of the grown-up appeal of the escape room is that the simulated stress of the game gets your mind off of real-life stressors. Instead of ruminating on your mortgage and your failing relationship with your mother-in-law, why not use the escape room to get lost in the question of why a particular picture of a particular blue cat would be inside a particular box.

According to a 2013 article from the South China Morning Post, escape rooms are a hit among “overworked young professionals." But, overworked or not, people of The Valley can go to the escape room this winter to have some interactive indoor screen-free fun.

This is Merma’s third and largest escape room. The first was built in his workshop at Knoll Farm; the second was at the Edgcomb Barn in Warren. The newest one is at SHaRC through February 23. Currently hours of operation are Friday through Sunday from noon to 7 p.m., with expanded hours possible during the holidays.

Entry fees will go toward scholarships to Sculpture School. 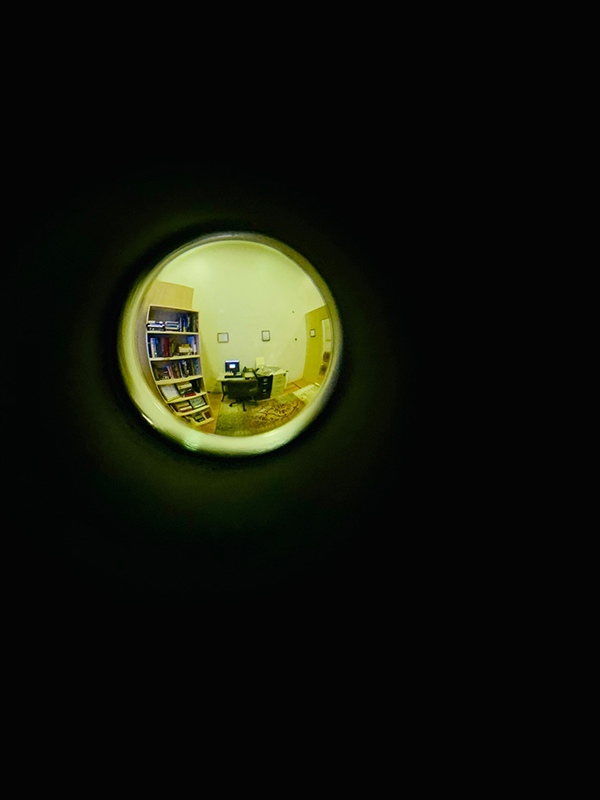