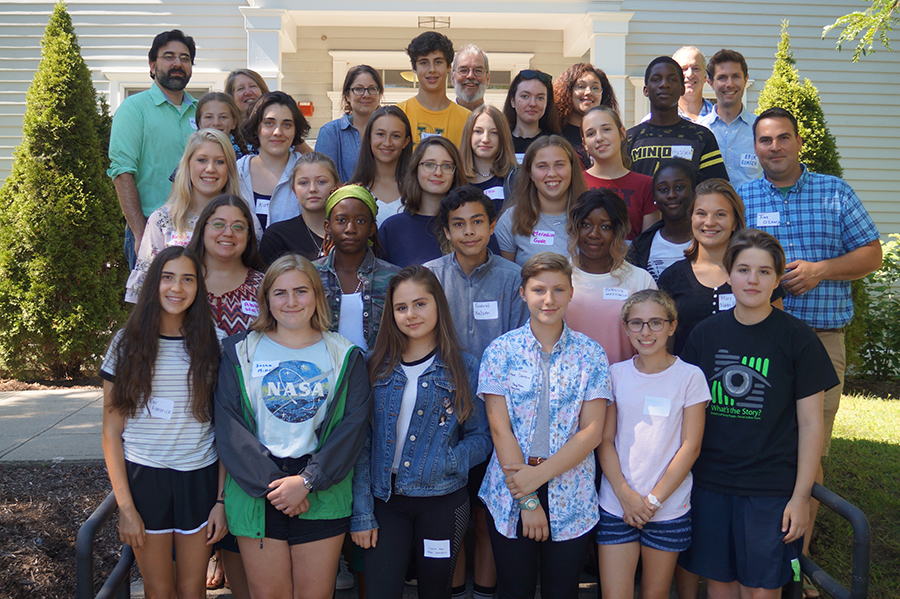 MountainTop Film Series returns to the Big Picture Theater in Waitsfield for its 17th year with a new format and a special focus on Vermont student filmmakers.

Film series director Claudia Becker said that the new format for the annual human rights film festival reflects the accelerated pace and urgency of world events as well as changes in how films are released to the public. In addition to a week of films, the series will now be offering films throughout the year.

Becker said the new ways that films are seen by the public – for example, Netflix, Amazon, streaming – means that waiting a whole year to show films is too long. So instead of a single one-time annual festival, Becker made the decision to transform MountainTop into a film series, spread out over the whole year, with the flexibility and agility to keep pace with current events and engage the local community at the faster pace both of world events and the expedited release patterns of the movie industry.

The films she’s curated for January 17 to 23 range from political to scientific to scenic and include five films about social issues made by Vermont students in “What’s The Story?”

“Fantastic Fungi” is a consciousness-shifting film that offers an immersive journey through time and scale into the Earth and an underground network that could help heal and save the planet.

“I am excited to have ‘Fantastic Fungi’ because it is fun and uplifting and I know a lot of people are excited to see it,” Becker said.

“The River and the Wall” documents the last remaining wilderness in Texas as border wall construction looms, but it also explores the current immigration issues along the border.

Becker said this film is exciting because it’s an adventure/nature film that features the human stories of what is happening at the U.S.-Mexican border.

“Most exciting to me though is to have various student-led events at MountainTop – from films about social issues made by Vermont Students in ‘What’s The Story?’ to ‘Undeterred’ which is hosted and presented by the Harwood Union Refugee Outreach Club to ‘Suppressed’ which has a Q&A led by the Harwood Union Socrates Cafe,” Becker said.

The five short films of “What’s The Story?” – “Breaking Binary,” “Dear Daughters,” “Foster Care: A New Beginning,” “Got Guilt?” and “Preserving the Heart of Vermont” – are the work of students from BFA - St. Albans to Danville School and numerous schools in between. Each film investigates a current issue in Vermont that was selected by these youth leaders: gender identity and expression in schools, body image, the foster care system, animal cruelty and the challenges of farming. Following the films, a panel of the young filmmakers will answer questions and share stories about their films and their filmmaking experiences.

“Last but not least is ‘The Biggest Little Farm,’ which will make you laugh and cry and give you hope that we can rebuild healthy ecosystems. Sunday’s screening will be followed by a Q&A with Ben Falk of Whole Systems Design in Moretown,” Becker added.

“The Biggest Little Farm” chronicles the eight-year quest of John and Molly Chester as they trade city living for 200 acres of barren farmland. They uncover a biodiverse design for living that exists far beyond their farm and its seasons. The movie provides a blueprint for better living and a healthier planet.

For more information, go to mountaintopfilmfestival.com or check out the MountainTop page on bigpicturetheater.info. Screenings of “Suppressed” and “Undeterred” are free community events. Donations are welcome.