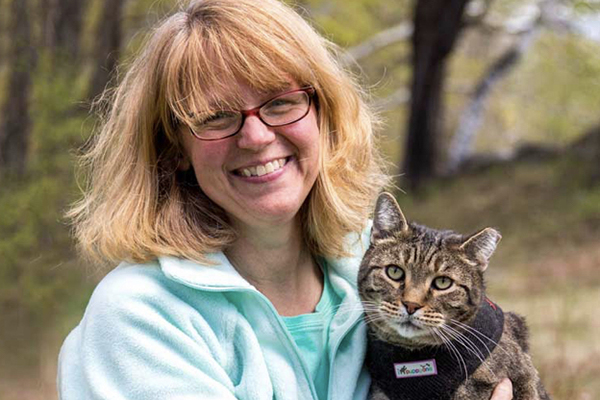 It’s tough to be a cat person these days. Dog mania has infected the masses and dog people seem determined to maintain the dog-loving status quo. Just look at the science: A 2010 study at the University of Texas found that those who identified as "dog people" were more social and outgoing, while "cat people" tended to be more neurotic and philosophical. In the media, recent movies about dogs include “A Dog’s Purpose” in which a dog “discovers the meaning of its own existence through the lives of the humans it teaches to laugh and love,” while the latest cat movie, released in 2019, called “Pet Sematary” tells the story of a family cat who is killed by a truck and then returns from the dead to haunt the family after having been possessed by a demon spirit. Even some “unbiased” newspapers show dog favoritism, dedicating entire issues “to the dogs”; meanwhile, local cat stories remain unknown.

One person, based right here in the Mad River Valley, has dedicated her life to empowering the cat community. Her reach is global, but her business is local. And it’s all about cats.

Stacy LeBaron, Warren, is the creator of the Community Cats Podcast, an audible sanctuary to the cat people trying to get along in this dog-eat-dog world. The podcast covers all things kitty, from lighthearted topics like “catexploring” (walking your cat on a leash) to the more serious topics of declawing and cat euthanasia. Every Tuesday, LeBaron releases a new 20- to 25-minute episode where she interviews nationally and internationally renowned experts helping with the problem of cat overpopulation and cat welfare.

“One episode is the length of the average commute,” LeBaron told The Valley Reporter from her home office, her one cat, Hooch, gracefully licking a paw on the desk behind her.

Having served as president of the Merrimack River Feline Rescue Society (MRFRS) in Massachusetts for 16 years, LeBaron knows a lot about the plight of community cats and their caretakers. “Community cats” is an umbrella term for cats of all kinds: lost cats, feral cats, stray cats, owned cats, etc. LeBaron created the Community Cats Podcast with one mission in mind: to provide education, information and dialogue about cats to empower people to help cats in their community.

While speaking with The Valley Reporter, Lebaron debunked the myth of the “crazy cat lady,” a negative pop-culture stereotype that depicts cat people as lonely and weird. She admitted that the “cat lady” is oftentimes isolated, but she emphasized that such isolation is not the fault of the cat lady’s innate eccentricity but rather a side effect of having been tasked with the altruistically motivated, self-imposed burden of rescuing cats.

“It’s true that the cat world can be very isolating,” said LeBaron. “Many towns have ‘the cat lady.’ Not only is the poor cat lady tagged with that label, but she’s trapped in this vicious cycle where she’s utilized as a resource, she’s overwhelmed and she’s not financially supported.”

LeBaron explained how the cat lady’s isolation develops in tandem with the community’s lack of concern for abandoned cats. “She feels that she doesn’t have any social support in her mission to save cats. And it sometimes gets to the point where she doesn’t want people to know about her because she’s embarrassed. There are too many cats in her house. It smells bad. She keeps sinking backward.” LeBaron hopes that communities will mobilize around the issue of cat welfare, so the cat lady can be liberated from this daunting caretaking role.

In part, the Community Cats Podcast is for this person, the lone cat-loving soul. “I want to say, ‘Hey, it’s OK.’ I’ve worked with people who have 80-plus cats in their house. I’ve tried to counsel them. I understand where they’re coming from. I see the pressure that they’re under. With this podcast, cat people can realize, ‘Wait, other people are doing this. I’m not alone,’” said LeBaron.

With over 2,000 downloads per episode, 10,000 followers on Facebook and listeners tuning in everywhere from Spain to Japan, LeBaron receives a lot of listener feedback. Many comments express the same grateful sentiment. One listener told LeBaron that she plays the podcast every night before she goes to sleep, because it soothes her to know that she’s not the only one with these challenges and struggles. 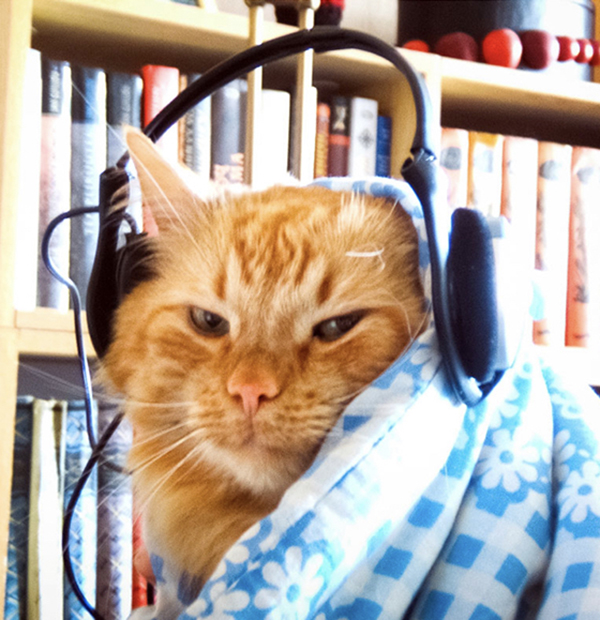 The challenges and struggles referred to here are about “the cat problem,” a pervasive and poorly understood problem that perpetuates feline suffering. This is what the cat problem looks like in action: People bring kittens home. People don’t spay and neuter their kittens because either they don’t realize they should or they can’t afford to do so. When these unspayed, unneutered cats grow up, they start acting wild (spraying the house and stinking it up). When the cats get unruly, people abandon them. In the wild, these cats go on to have more kittens. A feral cat colony is born. With no food, shelter or veterinary care, these feral cats live short, pain-ridden lives.

“Only 50 percent of kittens born in the wild make it the first three months,” said LeBaron. “They get hit by cars and struck by disease. It’s also stressful on the mom. The name of the game is reducing those kittens.” Here LeBaron reveals exactly what she means by helping cats: reducing the number of feral cats via widespread spaying, neutering and adoption initiatives.

In addition to bringing lone cat lovers together, this podcast serves as an educational platform for nonprofit organizations that want information on progressive cat rescue practices. MRFRS, where Labaron used to work, was one of the first organizations to endorse the practice of “trap, neuter, return,” or spaying and neutering wild cats and putting them back. “Before the 1990s, the standard practice was trapping and euthanizing cats,” said Lebaron.

“With this program, I got known across the county. I started a mentoring program for other organizations that wanted to model their programs to what we were doing in Massachusetts. I mentored over 80 groups. However, I had 400 groups on my waiting list wanting to develop these progressive programs for cats,” said LeBaron. Having just moved to a remote area of Vermont with a daunting waiting list of organizations seeking cat welfare information, LeBaron got the idea to start a podcast. “These organizations wanted to help cats. I wanted to give them the opportunity,” said LeBaron.

In Vermont, Lebaron said, one major dilemma around cat welfare lies in the cost of veterinary care. “Cats are the pets of the poor. So, the poorer you are, the more cats you have, statistically speaking.” She mentioned a study showing that as people’s income level went down, the number of cats they had went up. “That’s why I feel that our cat spay/neuter programs should be as close to fully subsidized as possible. There is a much greater population of cats that need medical care that aren’t getting it. Most people don’t bring their cats to the vet. Veterinarians revenues are generated 75 to 85 percent by dogs, and low costs spay/neuter clinics for cats are severely overbooked. There are incredible challenges with regard to affording veterinary care in this state.”

Although the solution to cat problems like this are likely to come from the united effort of several well-staffed cat rescue organizations, LeBaron still holds faith in her lone cat-loving listeners. “My vision of the perfect listener is someone who’s got a trap set for a cat they’re trying to catch. It’s 11:30 at night. It’s cold. They’re sitting in the car waiting for the stupid cat to get in the trap, they’re drinking their Duncan Donuts coffee and they’re listening to the podcast!”