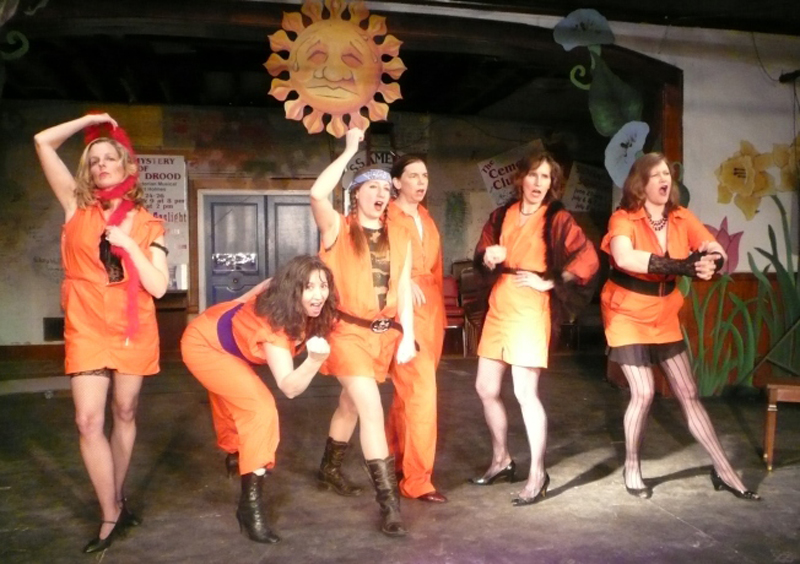 That’s just what Bob Law said in late March 1986 to a group of fellow Mad River Valley thespians. It had been a hard winter and people were getting restless for spring. What better way to get in a good mood than a little light entertainment, right? That’s all it took to get Cabin Fever Follies off the ground at the Valley Players Theater and it’s been going strong ever since.

The group of theater enthusiasts got organized and recruited some local talent. Moretown's Bob Gove and Waitsfield's Ed Eurich were a prime example of who got involved in the first few years. They would get on stage together and just go into a stream of consciousness, telling stories and singing songs. They likely had no idea what they were going to do until they got in front of their audience. Joan Foster, Warren, was always on hand to play the piano for anyone who needed accompaniment or just to entertain the crowd between acts.

People were nervous that the event might not be successful. They decided to borrow some tables from a local church and invite the audience to bring a meal so, at the very least, they would be well fed. Some years later, a table group came in costume which really livened up the place. Others thought it was a great idea until most of the tables were theme oriented in some way or another. Judges were installed and prizes were awarded to the best table each night. It could be the most decorated or the most relevant to local events or the most political or, just maybe, they had the best bribe of the night.

A few years into the tradition, the Valley Players Theater was running low on funds so they decided to use Cabin Fever Follies as a venue for raising some money. Someone thought it was a great idea for the audience to pay to have messages pranced across the stage. Someone else thought that instead of prancing, let’s have them dance to a song. A third person decided that dancing raisins and “I Heard It through the Grapevine” were a good combination. The Raisinettes have been showcasing the audience’s messages ever since. Each year the funds from the messages go to a different nonprofit organization. This year’s recipient is the Washington County Humane Society.

Bob Law, Warren, was the first director and emcee. Janice Chapman, Warren, ran the show for a few years and made the sparkly sign that still marks the event each year. Leo Cohen directed for nine years, from 1988 to 1996. David Steinman, Waitsfield, emceed sometime in the late 1980s and was followed by Kitty Werner, Waitsfield. Somewhere in there, the Potters, Fayston, got on board and built the flower gardens and other decorations that have provided background for entertainers over the years. Judy Reiss, Waitsfield, was our longest tenured emcee as she took over in the mid-1990s and did it until she passed away in 2018. Peter Boynton, Waitsfield, directed the show for 10 years, from 1997 to 2006. Doug Bergstein, Warren, took over from Boynton, and has been in that position ever since. He and fellow board member Susan Loynd, Fayston, took over the emcee duties last year.

"We have had so many wonderful acts throughout the years. Steven Zonies and his one-man band. Chickie Delight, the belly dancing giant chicken. Jugglers, singers, dancers, storytellers, comedians galore. Singing belly buttons, lip-synching cowboys, mediums, singing dogs. Some folks show up for a year and we never see them again. Some, like Lee Potter, have performed in more than 20 shows. We have had a few on our stage who gained some name recognition outside of the Mad River Valley, but the norm is your friends and neighbors giving show business a chance for a weekend. The bottom line is that it’s just plain fun. Silliness abounds. Laughing until it hurts is a good sign that we are doing it right," said board member Doug Bergstein.

Reserve tickets now for this year’s event at valleyplayers.com or call 583-1674. The show runs March 13 and 14. Table