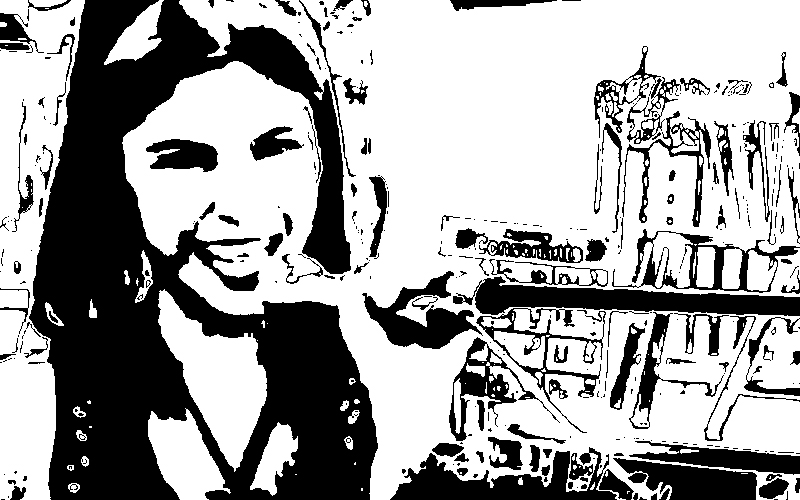 Girls Rock Vermont, a music education camp for girls and gender nonconforming youth, gets underway at Camp Meade in Middlesex on August 9, running through August 13 and culminating in a live performance by the newly-minted bands.

“Rock and roll for young girls is fantastic. The music world is a male world and this is the opposite of that,” said camp director Linda Bassick.

“The Riot Girl movement was started by women in the band Bikini Kill who noticed women were getting harassed at their shows so they started moving women to the front and then it developed into a movement about empowering women and girls,” she said.

During the five days of camp, participants are grouped with peers according to their ages (camp is for 8 to18 years old). They may or may not have any experience playing an instrument when they start, but they will by the end of the week when all five of the bands showcase their week learning by performing the songs they have written and rehearsed.

“We offer guitar, bass, drums, electric ukulele and keyboards and everybody sings. They come in the first day and we give them instruction and put them in a band. They have to come up with a band name and write a song that they play at our showcase on Friday. They go from not knowing anything about this, not knowing about the electronic equipment, and they get a crash course in handling the gear,” Bassick said.

Girls Rock Vermont teaches kids a few chords but does not focus on teaching them to read music, which Bassick said can be a hinderance for people to get into music.

But the camp offers more than just music. Bassick and her volunteer staff also offer workshops on women in media, consent and boundaries and feminism. The program focuses on building self-esteem and encouraging self-expression as well.

“There’s a lot of things that happen to girls along the way that makes them think being in a rock band is not for them. It is for them. We’re trying to combat the whole patriarchal society that is telling them they’re not allowed to do things. They’re often told to sit down and be quiet and we’re telling them to be loud,” said Bassick who has led the camp since 2013.

She said that the biggest age group of kids who attend the camp are 11-12 years old.

“This is a really great age because it’s when they get their periods and first feel less than in the world and learn to think of themselves as second-class citizens. We’re empowering them and showing them that they can do anything,” she said.

Bassick is an educator and a music educator who has been working with young children and babies since the 1980s. She has lived in Vermont for over 30 years, having ended up here after taking a group of adolescents from the Boston area hiking on the Long Trail.

And – no surprise - she’s also a musician who plays the guitar, trombone, flute and some piano as well. She plays with Mellow Yellow, a 60s tribute band and is also part of the Lamson Quarry project next summer which will have a dance troupe dancing on floating stages in the quarry, accompanied by musicians. She is also working on a kid’s album as well as an animated film for kids.

While the camp is full for this year, the Friday night showcase is a great way to see its results. That takes place on August 13 at 5:30 p.m. The website for the camp is www.Girlsrockvermont.org

Camp Meade is also offering a free concert on the green on Friday, July 23, featuring Pete Sutherland and Oliver Scanlon of Pete’s Posse from 5 to 8 p.m.

Folk hero Sutherland and his protégé Oliver Scanlon met when Scanlon was a shy fourth grader, and the two wordlessly bonded over fiddle music. Several years later they began to play out, later joining forces with guitarist Tristan Henderson to form Pete’s Posse, a hard-driving trio that spent half a dozen years touring nationally and internationally offering a blend of rocking contradance music, thoughtful and hilarious original songs and soulful three part a cappella. The Posse spent the first eight months of the largely gig-free pandemic recording a double album of new music before Tristan left to be with his family in Quebec. With the trio in hibernation, Pete and Oliver have revived their duo act.