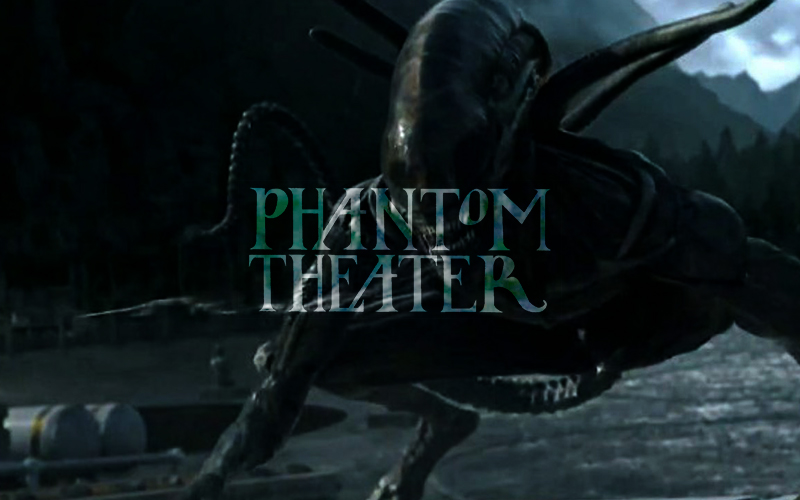 Like many theaters, Phantom Theater went dark last year for the first time since 1985. As if to offset that, the summer of 2021 might stand out as the year Phantom produced the zaniest show ever produced. They combined “Alien” (1979), the first film in the horror/sci fi franchise, and spicing it up with “Spaceballs” (1987), a Mel Brooks comedy that is a spoof on “Star Wars.”

Phantom alumni reconnect often and this spring when precipitated by the theater’s artistic director Tracy Martin. This time it was the combination of 29-year-old Lucas Bates and his mother (Martin) who got the ball rolling. Bates watched “Alien” and thought it a perfect vehicle for a Phantom show. After completing the script, he showed it to his mom, who introduced the concept and script to the Phantom alumnae. They were intrigued. After a few read-throughs on Zoom this past spring, the main cast and director Esbjornson began tossing out ideas, and they decided to mix up the two films “Alien” and “Spaceballs,” with a greater emphasis on “Alien.”

The cast and directors will go into hyper-creativity mode after they meet up in the barn a week before the show, combining improvisation and experimentation with script and set and lighting and end up with a show that often surprises even them. Lucas Bates was asked how it felt to have his first full adaption being directed by a Broadway director and he said, “It’s a lot of fun. In the end, we will all work together to make this show the best version of itself.”

The names of those returning “Alien” are Phantom Theater regulars. It’s a roster that includes Broadway and Off-Broadway director David Esbjornson; TV and theater actor Umit Celebi (“Law and Order: Special Victims Unit,” 2005-2020, “American Assassin,” “The Defenders,” “Blue Blood”), Jeanne Darst (writer on “This American Life,” various television shows, and author of “Fiction Ruined My Family,” which was made into an HBO film); David Sinaiko, whose name is synonymous with theater in San Francisco, and Ben Schneider from Brooklyn (who with his wife Sohui, and a business partner, have reimagined and reopened the restaurant Gage and Tollner in Manhattan).

As in the past, locals like Martin, Bates, B’fer Roth, Rob Donaldson and others will join in. Jito Coleman of Warren and his crew will transform the Edgcomb Barn into a galaxy. The late Jeff Carey, writer and actor, said of the Edgcomb Barn, home of Phantom Theater: “What I remember about my years with Phantom is the barn itself, or rather the space inside the barn…it seems like the inside of some rustic cathedral to me. A hollow, dark space that could contain all the laughs, drama and fear that I could muster.” Add a space ship and it is a perfect description of “Alien/Spaceballs.”

“Alien” runs two nights -- August 6 and 7. Phantom Theater is located at the corner of Dump and Airport Roads in Warren. Show time is 8 p.m. Tickets are handed out on a first-come, first-serve basis. (For this show, audiences are advised to arrive a bit early.) A donation is suggested. For more information, call 496-5997.