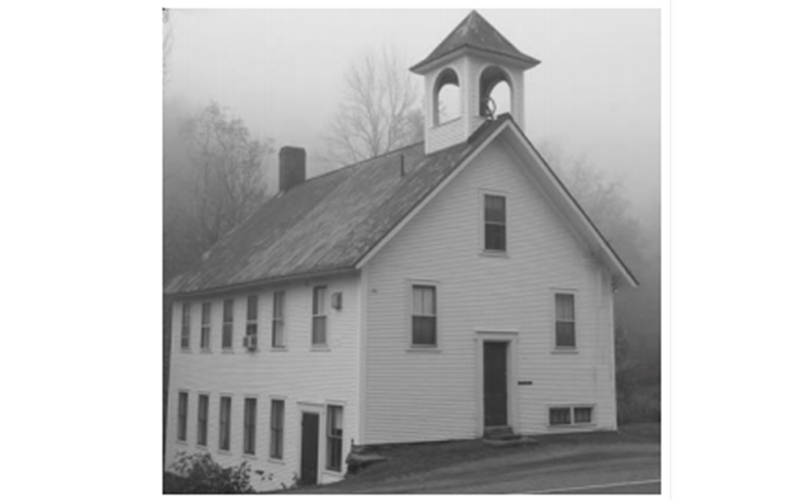 “There are some stories I probably shouldn’t be telling in The Valley Reporter, this might be one,” Gussie said. Sounded like someone had been naughty in the past. 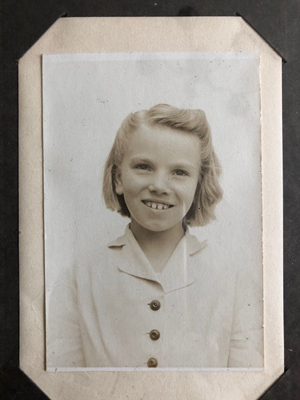 Gussie was born Augusta Lavina Brothers in her grandparents’ old farmhouse that now sits on the campus of Green Mountain Valley School and pretty much serves as a storage building. My husband’s great-grandfather, Dr. Carlos Shaw, had trudged up what was then an old dirt road in the summer of 1936 to deliver her. Her parents paid the doctor with pigs. Three of them.

By the time I showed up in The Valley, her company Graves Realty was a going concern. But it was a long road to the success she would come to know. A year after Mad River Glen opened, 1949, she got a job there. Until they tried to help her get a Social Security card, they didn’t realize she wasn’t yet 14 which was the legal age. Teachers accepted that some children really needed to work, and they would give her packets of lessons that she would study to keep up with her class. “But I didn’t never get on the honor roll until I was a senior. Then I told myself, Gussie, you have to study harder to get a good job.”

While working at Mad River Glen and The Dug-Out Restaurant, she discovered that some people would pay to have their houses cleaned. “With that I started accumulating house cleaning jobs. By the time my kids were toddlers, I had several houses on a regular basis and two or three employees. So, I got into the accounting, what I needed to know for the IRS and the state of Vermont. How to do withholding. Of course, there was no money to go to school. You just had to teach yourself.”

All the while she was studying to pass the test for a real estate license; she did and Graves Real Estate was born in 1970.

Just during the time of our interview Gussie mentioned being on the planning commission for the town of Fayston, a member of the school board and the local chamber of commerce. A plaque hangs in the Fayston Town Hall naming her Lister of the Year in 2012 by the VALA group. She raised two children, Ron Graves and Deb Jones in Fayston.

“I was a student at the same elementary school, Number Nine, that my mom went to as a kid. Mrs. Sawyer and Mrs. Greenslit from Warren were the teachers.

“The bell tower is a long way up from the first floor where the classroom was. The ringing was used to call us back to class after recess. The bell had a long rope to pull it back and forth. Sometimes we would pull it so hard it would turn over.

“Someone would have to go up and turn it back. Older boys in the seventh- and eighth-grade usually. I’d seen people climb up there and do it.

“Some of us got to school early and we were allowed to go inside to stay warm when we did. That day, when I was in third grade, there were a couple of Vasseurs and Brothers, Dick and I. Gerald Livingston was there too. He was the one who often spearheaded certain activities.” She laughed and waited to make sure I understood what she meant by activities.

“At one point in time, it was decided we wanted to take the clapper out of the bell so it couldn’t ring and call us in.”

One can only imagine the way the teacher discovered that her bell had been tampered with -- pulling and pulling on that rope to no avail. “The teacher was very upset when she figured out what we’d done. Sooner than later the clapper was found. I don’t know where the boys hid it -- down by the river or in the boys’ bathroom. But it didn’t happen again. She was really upset.

“Luckily there was no communication with our parents. There were no phones to call them. Maybe the Vasseurs had one but most families didn’t. And we weren’t going to go home and say that we got in trouble.  But I do remember around that time, Fremont Fisk, the superintendent of schools came to straighten us kids out. Told us what was nice and not nice. And that we should be putting in more effort into our lessons. I don’t think we were too scared though.”

Gussie Graves will be 85 years old soon. She’s come a long way from that little farmhouse where her family of eight lived. And from the little girl who conspired to steal the bell’s clapper from her school. She still cuts her own grass and gardens. And she’s still sharp as a tack. When she gets that mischievous sparkle in her eyes, you can see the little prankster that she was.

Mary Kathleen Mehuron lives in Waitsfield and writes novels. Email her to share a memory or nominate a person, place or thing as a subject here: This email address is being protected from spambots. You need JavaScript enabled to view it.