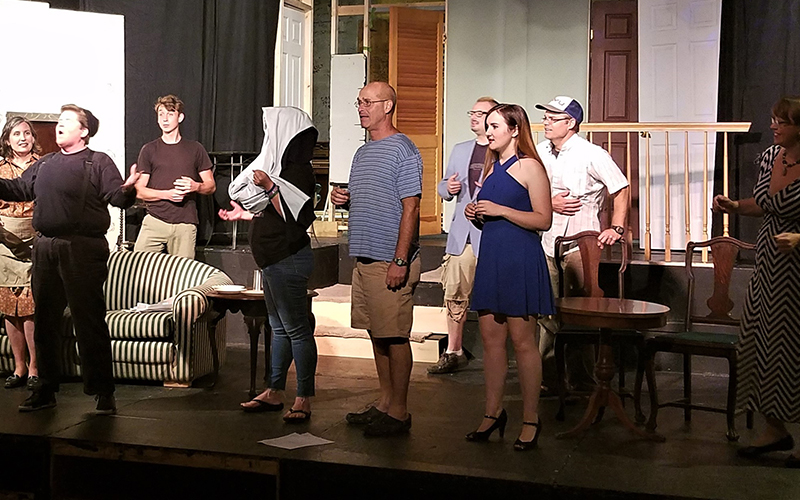 The Valley Players will present “Noises Off” by Michael Frayne, September 24-26, October 1-3, and October 8-10 at the Valley Players Theater, 4254 Main Street, Waitsfield. The play is often described as “a play within a play, a farce within a farce.”

In the play, the cast is a touring company rehearsing for a British farce called “Nothing On,” which is set to open after only two weeks of rehearsal. The show involves lots of slamming doors and plates of sardines as well as romantic relationships both on and off stage. Act I ends when the cast finishes rehearsing Act I of “Nothing On.” Act II takes place four weeks later and relationships (both friendly and romantic) are beginning to change and get frazzled. This act is Act I of “Nothing On” as seen from backstage -- more slamming doors and sardines as well as bouquets of flowers and costume mishaps. Act III takes place four weeks after the previous scene, with Act I of “Nothing On” seen again from the audience’s point of view.

Performances will be at 7:30 on Fridays and Saturdays, and 2 p.m. on Sundays. The Valley Players will follow COVID guidelines from the state of Vermont and request all audience members to wear masks/face coverings inside the theater during the production, regardless of vaccination status. For more information and to purchase tickets go to valleyplayers.com or call 802-583-1674.