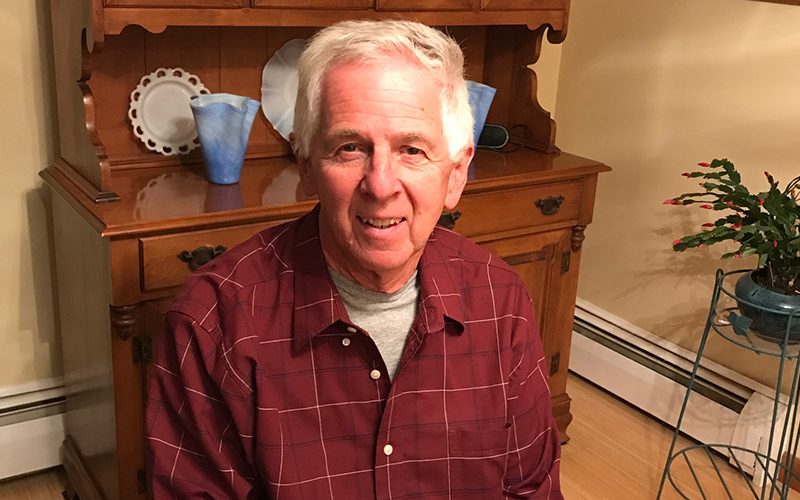 David Clark, Waitsfield, served in the United State Air Force from 1966 to 1972. Clark grew up in Fayston and then returned to The Valley after serving.

“Vietnam was pretty hot [then] and I didn’t want to go in the Army,” he said. He wasn’t drafted but “the numbers were coming along,” so he enlisted in the Air Force. He said military service is “a good thing to do. Everybody should.” Asked if he thinks the U.S. should have mandatory military service, as some other countries do, he said, “Yeah, definitely.”

He was in crash, fire department, and rescue in the Air Force then, upon returning, joined the Waitsfield-Fayston Fire Department, on which he served for 20 or so years and the Mad River Valley Ambulance Service for 28 years.

“Thank God there wasn’t any crash activity” when he served, he said. “Probably the biggest thing I ever did was at the Kadena Airforce Base in Okinawa; we had a C-5—that’s a huge transport—come in, no landing gear, so we had to foam the runway and that was the biggest project I can remember. Thankfully, there wasn’t any other excitement.

“If [people] love their country, they should do a little bit of something for it. I think it’s caused a lot of problems for people not to have to go in the military, for a couple years, anyway.”