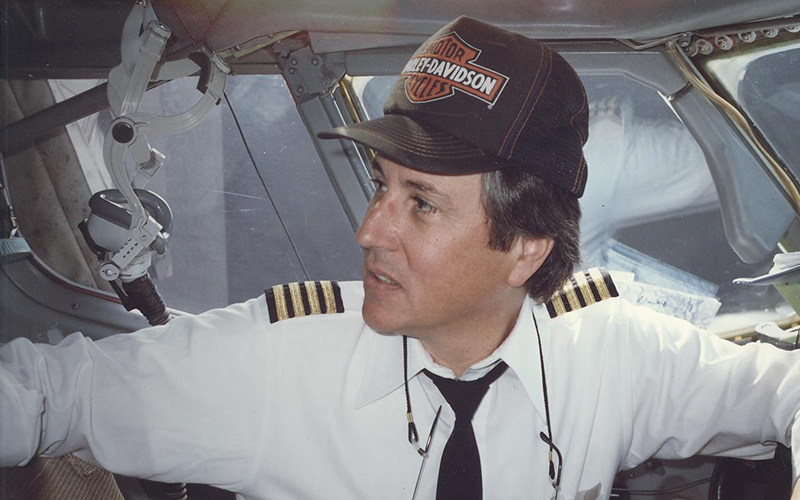 Ron Krantz, Warren, enlisted in the New Jersey Air National Guard in May 1966 and served six years as a weapons mechanic at McGuire Air Force Base. As a weapons mechanic, he was in the release group responsible for the guns, bombs and rockets being maintained and attached to the aircraft being deployed.

A native of Long Island, New York, Krantz, was attending Fairleigh Dickenson University where he’d attended undergraduate school and was in his second year of graduate school working on an MBA when he enrolled.

“I had wanted to fly, but there wasn’t a spot for me because of my eyes,” he said, noting that at the time, pilots’ vision had to be within specific parameters without correction.

His unit at McGuire, the 105th, had been activated on all prior international conflicts but was not activated during the Vietnam war. He had originally intended to enlist in the Guard in the Atlantic City unit where family connections yielded a chance to apply there in April 1966, but he got there three minutes late and was not allowed to take the test.

He stopped in at McGuire and found Sergeant Zimmerman who invited him to come the following Saturday and take the test. He did and the following Monday he got the call to come down and get sworn in.

While he was in the National Guard and in grad school he had also been learning to fly. After completing his training and returning to the East in October, he started applying to airlines and got hired by Eastern. He was given an airline class start date of February 1967.

“At the time, to fly for the military, you had to have 20/20 vision uncorrected, but at the airlines, you could have a freshly minted pilot’s license with corrective lenses. It was a supply and demand issue because of Vietnam. There were low-time, inexperienced pilots at all the airlines from 1965-67,” he recalled.

He juggled completion of his master’s thesis, National Guard weekends and his airline classes and began flying for Eastern, something he did for 21 years. He said the flexibility of his Guard service allowed him to accomplish those things.

He flew the airline’s entire system, flying nationally and internationally. When Eastern went out of business, he flew for five years for Business Express, then Atlas and Jet Train. After that he spent 10 years as an FAA inspector.

Prior to moving full time to Vermont, Krantz had a long history with The Valley, skiing here for the first time in 1963, buying a Drumley’s condominium in 1972 and later buying land and building a house.

For a time, he piloted a glider at the Warren-Sugarbush Airport, something he gave up when he bought his own planes because he didn’t want to do both.

When he retired from the FAA in 2006 he kept his private plane for a couple of years but then sold it.