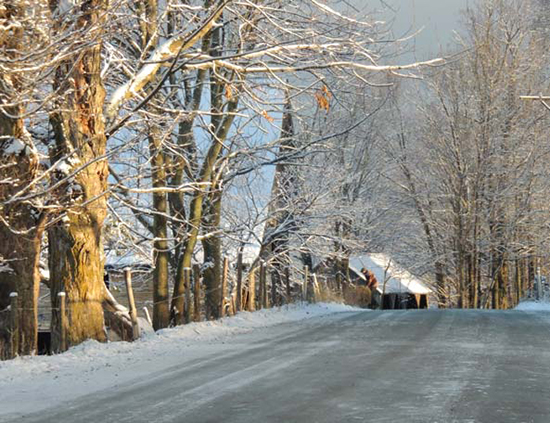 Sugarbush Resort will open for the 2014-2015 winter season this Saturday, November 22. Skiing and riding will be available from 9 a.m. to 4 p.m. Available terrain is still to be determined, but the resort has announced that no downloading on chairlifts will be necessary.

Early season snowfall combined with Sugarbush's new snowmaking improvements will allow the resort to open with top-to-bottom skiing and riding. The resort recently invested $1.8 million in snowmaking equipment including 351 new Snow Logic, HKD and Ratnik snow guns. Sugarbush also invested over $1 million in mechanical and electrical upgrades to their lifts, over and above annual improvements.

"Thanks to the hard work of our mountain operations team and snowmakers, we will be open for great early season skiing and riding this weekend," said Win Smith, president of Sugarbush Resort. "Our new snowmaking improvements have helped us create more snow, more efficiently, and we're looking forward to a long and snowy winter."

With limited terrain open at this early point in the season, skiing and riding is recommended for intermediate and advanced skiers and riders only. Tickets prices will be reduced and skiing is free for children ages 6 and under.

Sugarbush also co-hosts The Big Kicker on Saturday with Mad River Glen. The Big Kicker is a communitywide event for all ages celebrating the opening of the winter season. This year's event will be held at American Flatbread at Lareau Farm and begins at 5 p.m.