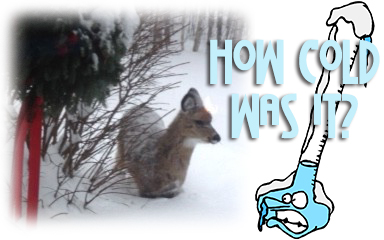 Yup. February was really cold. So was January. Colder than last year and last year was colder than the year before, thanks to the Polar Vortex.