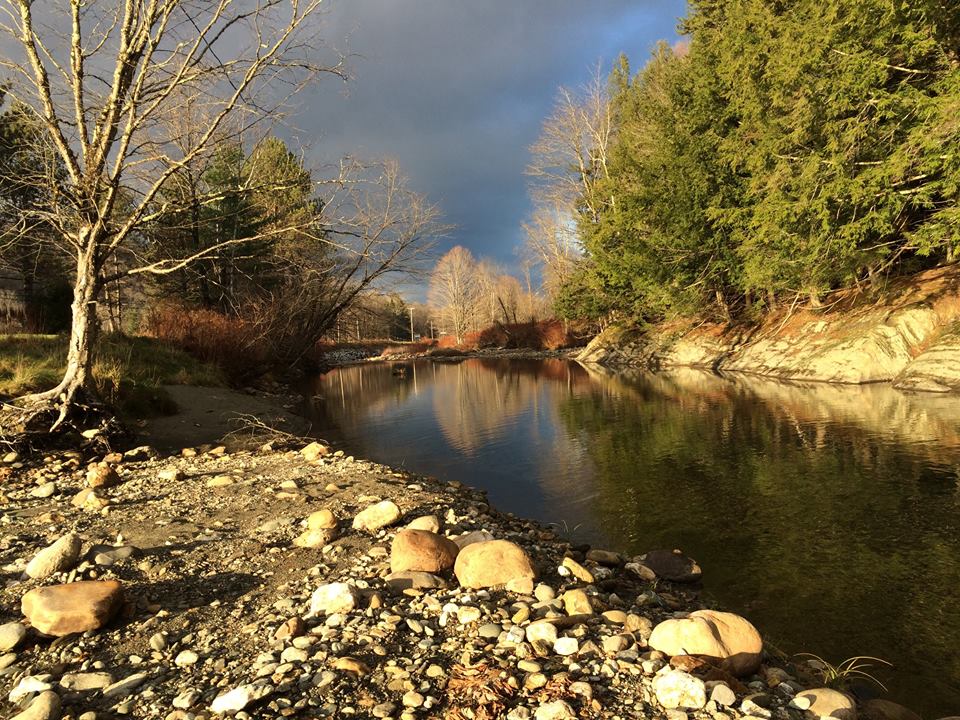 At their meeting on Tuesday, May 12, the Warren Select Board discussed plans for a roughly two-acre parcel at 1189 Route 100, located just south of Sugarbush Access Road along the Mad River. The town acquired the property from owner Quayl Rewinski last year via a Federal Emergency Management Agency (FEMA) buyout grant after it was heavily affected by Tropical Storm Irene in 2011.

In acquiring the parcel, the select board demolished the two structures on site. While prohibited by the Vermont Agency of Natural Resources (ANR) from building anything that could wash downstream during high water, the town saw the property’s value as a potential swimming hole and planned to create space for a few cars to park so that residents could access the river.

At the same time, however, the board acknowledged the reason for the FEMA buyout: so the property can serve as an outlet during flooding.

“The primary purpose here is a place for the river to be the river,” Warren Conservation Commission member George Schenk said on Tuesday, as the town discussed what to do with a $10,000 grant it received for landscaping or otherwise altering the parcel. “What we’re really looking for here is balance,” he said, between using the land for recreation and not affecting its ecological function.

Warren had a similar discussion about the ongoing maintenance of Riverside Park last summer, as the lawn formerly popular for picnics and Frisbee became uneven and overgrown after flooding in July of 2013.

Like the Rewinski parcel, Riverside Park was established following a FEMA buyout, but moving forward, “They should be called conservation areas, not parks,” commission member Damon Reed said, in order to manage the public’s expectations for the appearance of the properties. As the river establishes equilibrium after heavy rains, “That may mean washing out these areas or adding to them,” Reed said, and the town should accept that.

Indeed, “We don’t have to manicure this place,” select board member Bob Ackland said, referring to the Rewinski parcel. “I would rather see it as natural as it can be,” he said.

At the Rewinski parcel, or Rewinski Conservation Area, as Reed suggested calling it, “There will be some mowing—enough to make it look presentable,” Cunningham said, and the select board agreed to use the grant to define a small parking area, install boulders to serve as blockers, create a few paths down to the river and put up signage informing residents that it is, first and foremost, a flood plain.