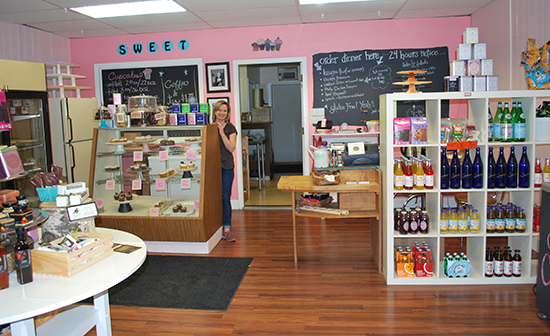 The contest to take over Mix Cupcakerie in Waitsfield is over, but the business is still up for grabs.

Last month, Mix Cupcakerie owner Carole Kelaher launched a crowdfunding campaign to find someone to take over her store, which sells cupcakes, pies, coffee and prepared meals. In addition to collecting donations from the community similar to a Kickstarter campaign, Kelaher’s Dreambroker Industries contest invited those interested in inheriting her business to submit a $75 entry fee, a 100-word essay and a cupcake recipe.

If the campaign raised enough money to reimburse Kelaher for what she put into the store, she would have selected a winner to take it over, complete with fittings, furnishings, equipment and inventory, when she moves to Cape Cod this summer. Come the contest’s deadline on Sunday, May 17, however, Kelaher had raised only about half of the $22,000 she needed to recoup what she had put into the store and so all donations will be returned.

“It’s a bummer it didn’t work,” Kelaher said of the crowdfunding campaign. In choosing someone to take over her business, “I thought it would be really fun to make it interactive,” she said. In total, 85 applicants submitted essays and recipes in hopes of inheriting the store. “There were a lot of people,” Kelaher said, including “some really great bakers. … It just seems like such a waste.”

But it’s not all bad news. While Kelaher was unable to find a way to have someone take over her business for only $75, by doing the contest and getting the word out there, “I feel like, in the long run, it gave me so much exposure that I wouldn’t have had,” she said. Since the crowdfunding campaign fell through, she has received several inquiries from people interested in buying Mix Cupcakerie outright, including one very serious local applicant.

Either way, Kelaher is excited for whoever takes over her store, encouraging them to make it their own while suggesting they continue to supply a few staples.