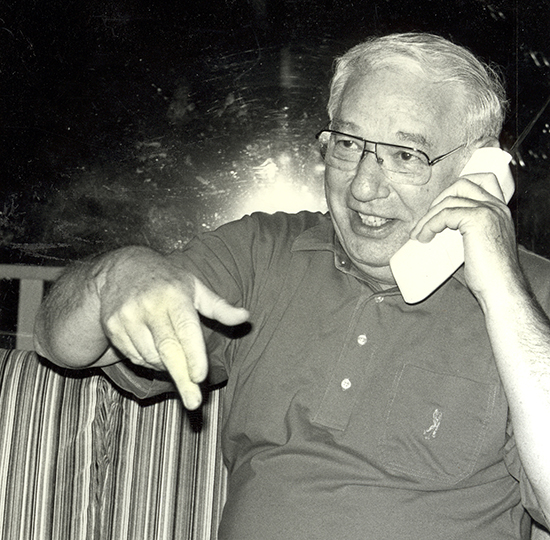 Alvan R. Benjamin, longtime owner and former editor and publisher of The Valley Reporter, died at his home in Warren on Saturday, May 30, 2015. He was 88.

After a successful career in journalism and public relations, Benjamin bought The Valley Reporter in 1982 from Trow Elliman, former owner of the Stowe Reporter. He was no stranger to The Valley, having regularly commuted to Vermont from Boston where he lived and worked.

Benjamin had a passion for all politics and regularly exhorted staff and friends to remember former House speaker Tip O'Neill's saying that “all politics is local.” After he purchased the paper, he put together a book on public relations that he shared with local boards and businesses in an effort to help them use The Valley Reporter to share their programs, products and policies.

A skier, golfer, tennis player and not a cook in any way shape or form, Benjamin was a regular at the local eateries, Chez Henri in particular. Often accompanied by friends and staff members, he could be found chatting at the bar from one end of The Valley to the other.

Benjamin loved the Mad River Valley and he loved producing the weekly paper. He insisted that the paper remain exclusively local, regularly instructing his reporters to find a way to “localize it.” The Mad River Valley, he rightly pointed out, contained more than enough people, stories, politics and events to fill the paper.

“Local people want to know what is happening in their community,” he always said.

Susan Klein, former executive director of the Mad River Valley Chamber of Commerce for almost two decades, spoke of Benjamin as someone who pushed the envelope.

“Al was not afraid to push the proverbial envelope. He challenged people to say it like it was – be forthright and true to yourself, even if it was not popular sentiment. He brought that element into his newspaper – the essence of which is his legacy to our community,” Klein said.

Jared Cadwell, chair of the Fayston Select Board and also one of the founders of Project Harmony, recalled Benjamin’s support for Project Harmony’s founding message of peace through song. The group started the first-ever student-to-student exchange between Harwood Union and the former Soviet Union.

“I remember well Al's interest and excitement over the prospect of the arrival of Soviet teenagers to The Valley in the summer of 1985. He used the pages of The Valley Reporter to document and testify to the strength of the family-to-family relationships that quickly developed from the host family stays and several concerts that occurred here and elsewhere in Central Vermont. Over the ensuing years of Project Harmony's growth and change, Al and The Valley Reporter would continue to support and document its efforts,” Cadwell said.

“I also know Al was attracted to The Valley community for its longstanding traditions but also for its willingness to accept and embrace change. He wasn't afraid to report on the rough edges of the changes taking place: controversies over school funding, Act 250, ski area development, etc. I admired him for his courage, honesty and good humor,” he continued.

Benjamin mentored many staffers throughout his long career both in Boston and at The Valley Reporter. He treated his staffers like family but held them to the highest standards of journalism, looking askance at what he called “yellow journalism.”

He cherished his staff, current and past, and referred to former co-workers as “alumni” inviting them to Christmas parties and other celebrations.

“I owe my career as a designer to him! He hired me because I talked him into it, not because I had any experience whatsoever. He believed in me. What a good, good man. When he looked at my resume at my interview with him he said, ‘Why the hell should I hire you?’ I had an answer all set. I said, ‘Well, I figured you were going to say that and I’ll work for you for one month for free and I guarantee at the end of the month, you'll hire me.’ And that's exactly what happened,” said Judy McVickar, a graphic designer at Ben & Jerry’s. 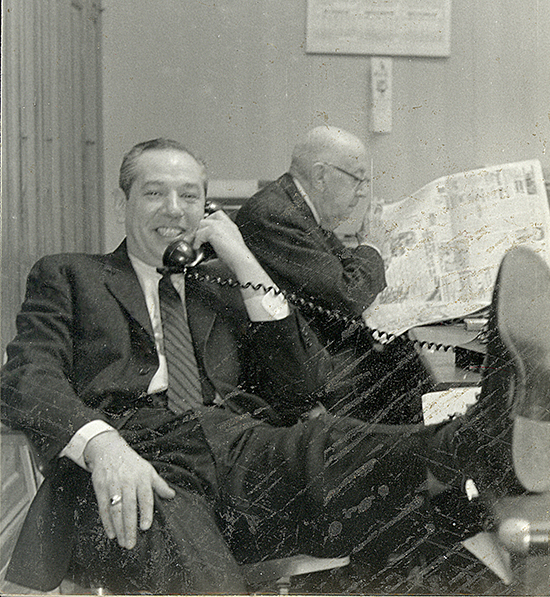 Biddle Duke, an owner of the Stowe Reporter and Waterbury Record and former editor and publisher of those papers, praised Benjamin for his contribution to The Valley via The Valley Reporter.

“A lifelong newsman, Al stewarded The Valley Reporter for almost four decades making it the vibrant, intelligent, quirky community institution that it is and ensuring it reflects the eclectic, grounded, agrarian, fun culture of The Valley. There's nothing like a good community newspaper to bring meaning to the place it serves; that's one of Al's great legacies,” Duke said.

“For me Al was an easy man to work with; agreements were verbal and always kept; disagreements didn't exist. Ave, Al,” he added.

IT DOES GET READ

Of The Valley Reporter, Win Smith, president of Sugarbush, said, “It does get read,” and he praised Benjamin for work to make the newspaper an important source for information and connection.

“What he brought to it is really important and he left us with a newspaper that is an important vehicle in how people are informed. He invested in his business and his staff and leaves us with a strong community newspaper,” Smith noted.

Benjamin was well-regarded in the industry and received many awards and honors for his work. He interviewed presidents and first ladies and senators at the state and national level. He was very proud of his service in the Army in World War II and the Korean War. His full obituary is on Page 10 of this issue.

He will be greatly missed by his companion and primary caregiver, Barbara Nestor, as well as the cadre of caregivers who helped in the last two years and his co-workers at the paper.

He leaves behind a vibrant community newspaper with a dedicated staff who will continue to cover the people, politics and events of the Mad River Valley.