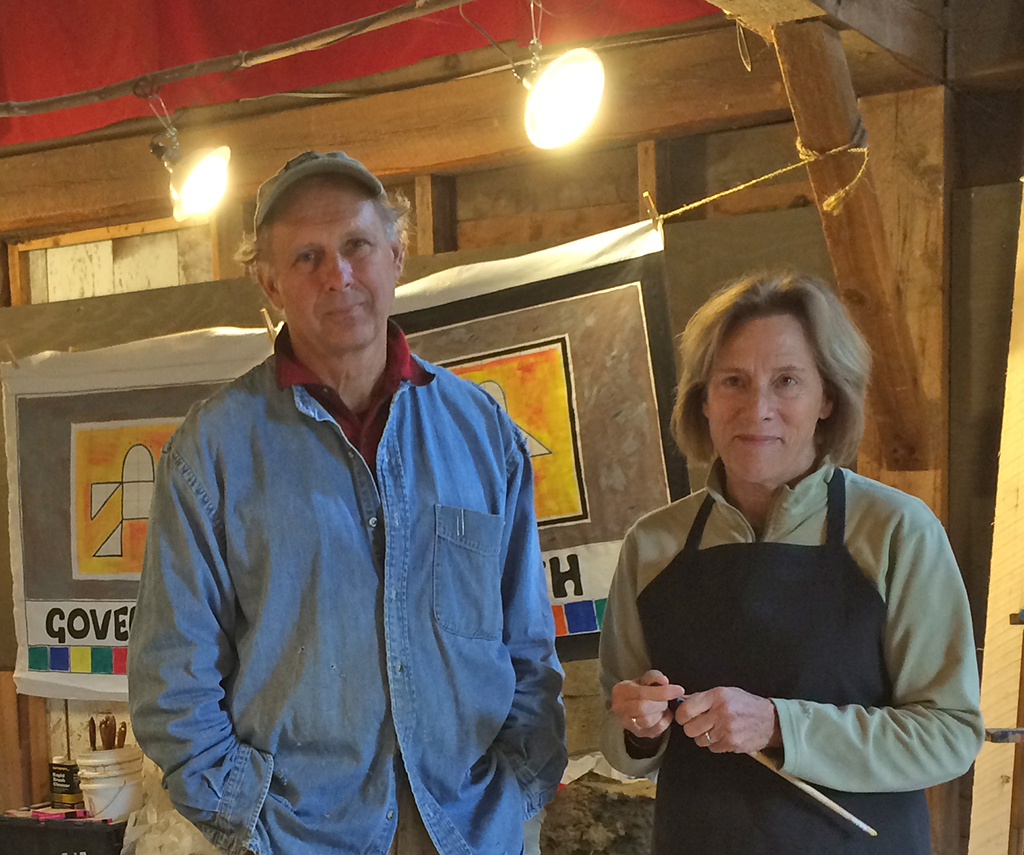 On a cold Tuesday afternoon, George Schenk and his wife, also named George Schenk, are painting prayer flags in the barn at Lareau Farm in Waitsfield. They’re getting ready for the community party and 30th anniversary of American Flatbread, which takes place on Saturday, June 6.

The owner of the Waitsfield flatbread restaurant had plenty of prayer flags leftover from its 20th anniversary, but “He wanted to make new ones,” Schenk said of her husband. “He never does anything halfway.”

Indeed, Saturday’s event is much more than an anniversary party. It’s what Schenk is calling a “community volunteers appreciation celebration,” featuring free flatbread, salad, music, art and a bonfire.

“If you do something for others, you are invited,” Schenk wrote in an advertisement for the event, whether you volunteer your time at a local school, library or place of worship, “help save the whales or anything else of the wild,” “stop to pick up litter on a public way,” or “give thoughtful advice when asked or simply listen when is best,” he said.

“When I wrote the ad, I really tried to define this idea of volunteerism as broadly as I could imagine,” Schenk said, “because there are so many different ways to help.”

Since Schenk started American Flatbread 30 years ago, he said, he’s received a lot of help from the community.

First, there was the chef at the former Sam Rupert’s in Warren, who taught him how to cook when he moved to The Valley to ski and was working as a dishwasher. What began as what Schenk calls an “unlikely apprenticeship in the culinary arts,” evolved when he and his wife traveled to Europe in 1985 and he came across an old earthen oven in France. Schenk recreated it back in Vermont to bake the first flatbread, “and I immediately knew I had made something that I not only enjoyed eating but enjoyed doing,” he said.

Eating at American Flatbread is different from the typical dining experience, Schenk’s wife explained, because instead of everyone ordering his or her own meals, “you have a flatbread on the middle of the table,” she said. “Whether you’re 8 or 80, you all share.”

“Food is an essential aspect of the human experience,” Schenk said. Not everybody loves pizza, but its consumers span the socio-economic spectrum and in that way American Flatbread has created “something of a bridge” among locals, he said. Having the restaurant in Waitsfield “allowed people who may not otherwise see each other or know each other to interact.” 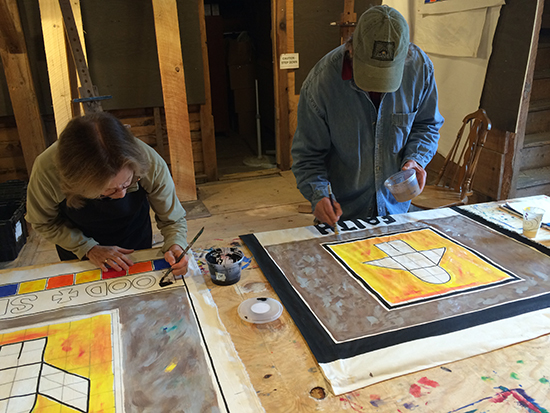 Those members of the community came together to help clean up and rebuild American Flatbread when Lareau Farm flooded in 1998 and again after Tropical Storm Irene in August of 2011. “The Mad River Valley has been very supportive of our work here,” Schenk said, and he’s returned the support in the form of benefit bakes or special evenings where a portion of the proceeds from every flatbread goes toward a charitable cause.

While American Flatbread’s benefit bakes have helped raise money for countless local nonprofits, something “that was really different,” Schenk said, was when he decided to do a bake to help Waitsfield United Church raise money to repair its steeple.

“I think restaurants often shy away from being divisive or controversial,” Schenk said of his decision to publicly support a religious organization, but he considered the church to be an iconic structure in The Valley, appearing on countless postcards and calendars. “It is, in a lot of ways, important to our identity,” Schenk said, “and so it seemed absolutely appropriate” to do the benefit bake for them.

Schenk again demonstrated a sense of social responsibility after his neighbor, Waitsfield farmer Hadley Gaylord, had been told by the state that he couldn’t sell his chickens because they weren’t processed in a licensed facility. Schenk planned for a night at his restaurant where one of the pizzas would feature Gaylord’s chicken as “a show of civil disobedience,” he said.

Instead of going through with what Schenk calls “The Chicken Event” and risking losing his license, however, he ended up sitting down with the Vermont secretary of agriculture and having a conversation that contributed to the state changing the law.

Schenk has a lot of ideas about businesses and the role they can play in their communities. Saturday’s volunteer appreciation celebration is just one example of “exploring how American Flatbread might be a good neighbor,” he said, and just one way of saying thank you to the rest of the good neighbors throughout The Valley.

Looking forward to the event, “what I think is going to be so powerful is that people who are so often giving of themselves see how many other people are helping too and that it gives them strength and encouragement,” Schenk said.