On Tuesday nights this summer, there could be as many as 40 kids out biking at Blueberry Lake.

Bob Kogut of Waitsfield started the Mad River Rippers last year as a way to introduce elementary school-age children to mountain biking in The Valley. Already in the area "There were fun group rides for adults," Kogut said, "but there weren't any fun group rides for kids."

The Mad River Rippers met at the parking lot on Plunkton Road every week last summer and anywhere from half a dozen to 40 kids would show up to ride. With an average of one parent for every two children, "We had some big groups," Kogut said, but the kids rode well together. Very rarely did they fall, and even then "no one came away with more than a scratch," Kogut said. 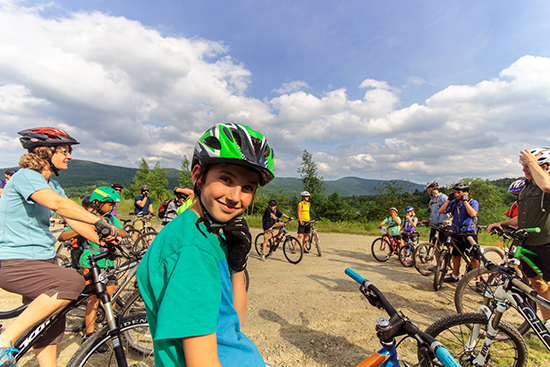 The local chapter of the Vermont Mountain Biking Association (VMBA), the Mad River Riders, finished construction of the first two trails at Blueberry Lake in 2013. With gentle grades, wide turns and minimal technical features, the beginner-friendly network "opened up a lot" in terms of options for younger riders, Kogut said. "I don't know what I would have done with 7-year-olds on any of the other trails in The Valley," he said.

Kids ages 7 and up participated in Kogut's group rides and they spanned the spectrum, ability-wise. "For some kids, just riding through the parking lot was the limit of their skills," Kogut said of the Mad River Rippers, but by the end of the summer they were biking up the entire single track.

The newest trail at Blueberry Lake, Tootsie Roll, which the Mad River Riders completed last summer, opened up even more options for those new to two wheels and Kogut explained that even kids on strider bikes without pedals are able to complete the short field loop. 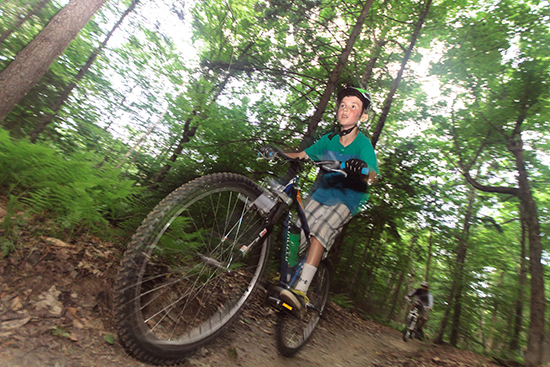 In leading group rides with the Mad River Rippers, Kogut and other volunteer coaches offer advice for traversing tricky sections of trail, "but I try not to make it too much like soccer practice," Kogut said, explaining that he wants kids to have fun learning by doing. "I want it to be more like a pickup game," he said, "where we weave the tips in."

In its second year, to further each rider's progress, the Mad River Rippers will split into two groups based on ability level and will be branching out from East Warren. More experienced riders will likely head to the network in the Howe Block of Camel's Hump State Forest off of Tucker Hill Road in Fayston, while beginners will continue to take advantage of the trails at Blueberry Lake. "You've gotta be pretty into mountain biking before you could begin to get bored there," Kogut said.

So far this summer, the weather has been "a little rough," Kogut said, but despite all the rain the Rippers have ridden all but one Tuesday in June. Moving forward, Kogut is hoping for more volunteers to help lead and organize the group rides. For more information about how to become involved, email This email address is being protected from spambots. You need JavaScript enabled to view it..