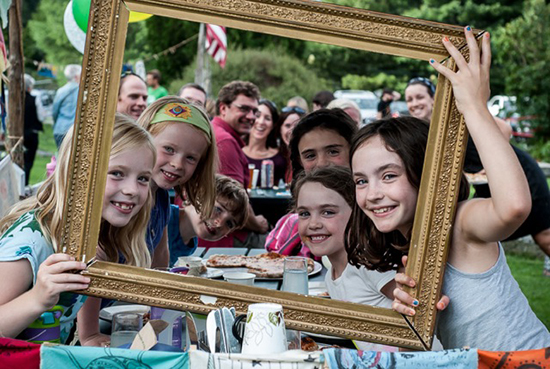 The lineup has been announced for the sixth annual Vermont Music Fest which takes place on Saturday, August 8, at Lareau Farm, from noon to 10 p.m.

Tickets can be purchased online at www.vtmusicfest.com or locally at the Mad River Valley Chamber of Commerce, Mad River Distillers, The Warren Store (starting second week of July), the Mad River Valley Rotary booth at the Waitsfield Farmers' Market each Saturday, and Tweed River Music Festival. Kids 12 and under get in free and an early bird discount of 20 percent is currently available.

Those with kids won't want to miss Jon Gailmor's performance from 2:30 to 3:30 p.m. Over the years, many Valley schools have hosted Gailmor as an artist in residence so his music will be familiar. His tradition of having local kids contribute to lyrics makes his songs endearing and memorable. His most recent album, Checking In, boasts songs about parents, dogs, moose, being a teenager, getting older, snow, Vermont's heritage, our odd seasons and more.

"There will be tons of exciting kids' activities throughout the day. Kids will love romping around The Collection's Play Zone: Rody Horse races, Stomp Rockets, the Giant Rolling Ball, Flying Discs, Bad-mitten and Glitter Tattoos (safe and mom-approved)," said Carol Hosford, one of the volunteers spearheading the kids activities. There will be a booth managed by Voices For Vermont's Children, offering spin art to make flags and banners. At dusk, kids of all ages are welcome to join together in the Thai lantern illumination. Most activities are free, but a few will ask for nominal fees.